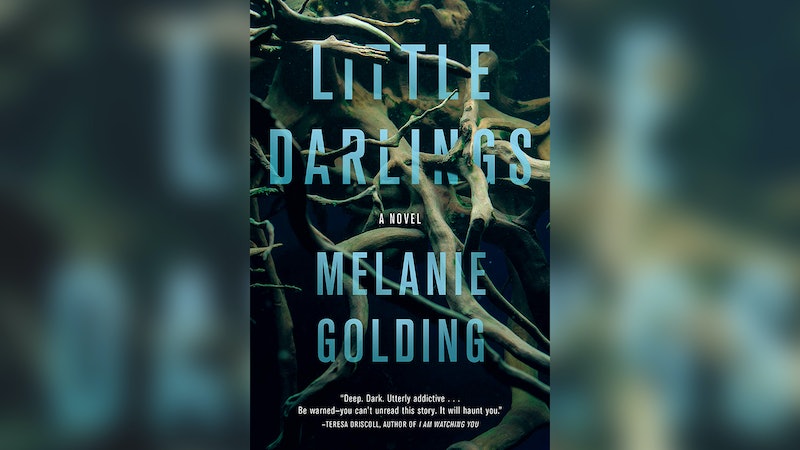 For as long as there have been fairy tales, there have also existed more sinister legends, like those about changelings, creatures left in the place of human babies in the moments when their parents look away or close their eyes for a brief moment. In her debut novel Little Darlings, author Melanie Golding spins a chilling tale of modern motherhood based on that dark legend, and it will make you question your own hold on reality.

In the hospital following a traumatic labor, Lauren Tranter is beyond exhausted. Her mind and body are battered after giving birth to her twins, Morgan and Riley. That is why, when she claims to have seen a ragged woman in her room, no one believes her, not even when she tells them the woman tried to take her babies and replace them with her own. Police tell her no one suspicious was seen in the ward — definitely not an evil woman and her twin creatures. Lauren's doctor and husband, Patrick, try to convince her she just imagined it.

Lauren attempts to believe them. She knows motherhood has changed her, and the lack of sleep hasn’t helped. "Where was Lauren in this maelstrom of awfulness? Where was the person she had previously thought herself to be? Intelligent, funny, in control, that Lauren," she wonders to herself. "She'd been hiding as best as she could, sheltering in the back of her psyche somewhere, allowing the least evolved part of her instinctive self to be the thing that was present in this trauma."

When she returns home with the twins, Lauren can’t shake the feeling that someone is watching her. But the more she tries to retreat into the safety of her home, the harder her loved ones — including Patrick and Lauren’s mom group — push her to let go of her paranoia and leave the house. The only one who seems to believe Lauren is Jo Harper, a local detective whose difficult relationship with motherhood draws her into the case her supervisor says is closed.

When Lauren finally does take the twins out to the park one sunny day, her worst nightmare come true: The babies disappear.

“She felt weak, and fierce, and angry and guilty," Golding writes. "Ready to fight, light on her heels, yet holding such a heavy weight in her chest that she could have been crushed by it, had she let it pull her down. Powerless, and at the same time full of potential for something. With a jolt, she realised that it was violence. Lauren was ready to beat someone pulpy if they’d harmed her precious ones. She was looking forward to it, in a sick sort of way. Fists bunched, in readiness. Come on, then."

When the babies are found, Lauren is the only one unable to celebrate because she knows the boys in front of her are not her babies. Have the children changed, or has the postpartum depression, the stress, and the trauma of motherhood changed Lauren?

Speaking for so many mothers, Lauren reflects on her own children: "She felt bad for them, that nature had taken away their loving home and put her there in its place; that they'd been pulled from her uterus and placed in her arms, where she was the only thing standing between them and oblivion, them and failure, them and disappointment.”

A lyrical and atmospheric folktale for the modern age, Little Darlings is a gorgeously crafted story that makes even the grimmest of subjects shine.