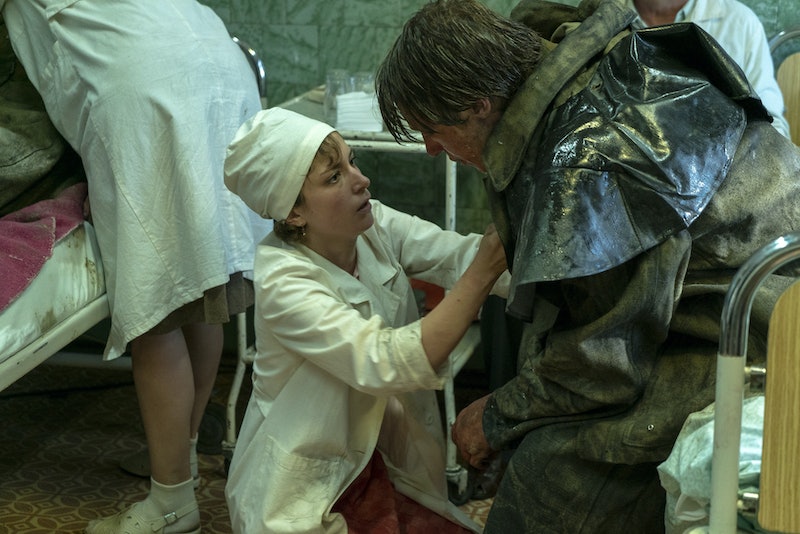 At one point in time, Chernobyl was a relatively unremarkable town that happened to be the site of a nuclear power plant. The HBO series Chernobyl shows how it went from an unremarkable Russian town to becoming shorthand for the devastating effects that radiation can have on people. The death toll of the Chernobyl explosion is contested among different sources, but it can be universally agreed upon that the results of the explosion are a gruesome sign that the dangers of the radiation that comes with nuclear power is hard to mitigate.

The Chernobyl explosion is far from a typical example of what happens at nuclear power plants. The Nuclear Energy Institute reports that Chernobyl marked the only accident in the history of commercial nuclear power in which the radiation served a factor in the deaths that followed. The NEI also claims that the explosion was a "product of a severely flawed Soviet-era reactor design, combined with human error," but the fact that some sources place the death toll of the Chernobyl explosions as high as 60,000 indicates that the dangers present in nuclear energy are so harmful that ensuring proper reactor design is a crucial failsafe to prevent another Chernobyl from ever happening again.

The number of direct deaths from the Chernobyl explosion ranges below 100, with some sources such as PBS citing the number as low as 29, although the United Nations Scientific Committee on the Effects of Atomic Radiation place that number at 54. The number of people that died as a direct and immediate result of the Chernobyl explosion is tragic no matter how one looks at it, but those numbers go from heartbreaking to horrifying once the long-term effects of radiation are taken into consideration.

Estimates from the World Health Organization place the total number of deaths caused by the direct effects of the Chernobyl explosion around 4,000, and that the explosion contributed to the forming of thyroid cancer in citizens who lived near the disaster zone, and the "deeply traumatic experience" of relocating to escape the radiation along with the "paralyzing fatalism" that affected residents of the area marked a sea change in people's livelihood as a result of the explosion.

However, other scientists disagree with the WHO's count of 4,000, claiming that the number of deaths connected to Chernobyl reach five-digit figures.

Radiation scientists Ian Fairlie and David Sumner estimate that the final death count of fatalities resulting from the Chernobyl explosion will fall somewhere between 30,000 to 60,000. Their report also discusses the suggests that the contamination of food and livestock from the Chernobyl explosion is wide-reaching and could have an impact on people's health and suggests that the radiation that some people acquired thanks to their proximity to Chernobyl will live on in genes and will continue to affect children born generations from now. The two scientists conclude that "The full effects of the Chernobyl accident will most certainly never be known. However it is clear that it is far greater than implied by official estimates."

While many deaths have been counted, in some ways the Chernobyl explosion is still playing out over thirty years later.