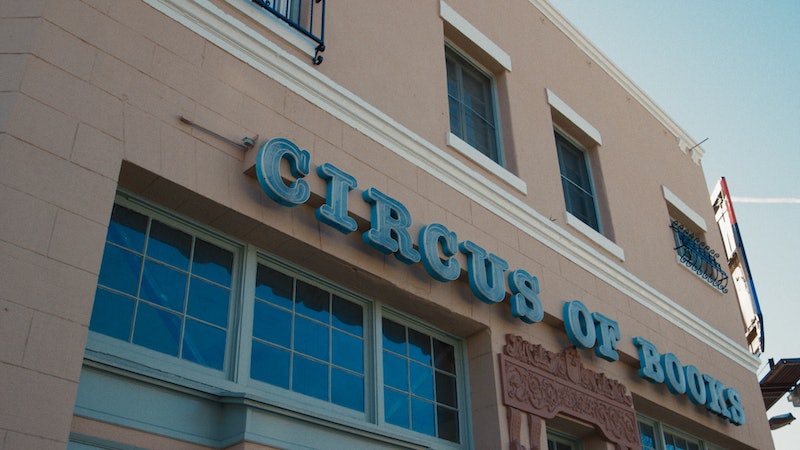 It sometimes seems as if Netflix has reinvented the documentary. The streaming service frequently produces films and series about subjects that may not have been given the time of day by more traditional studios, like Tiger King or Wild Wild Country. Their latest is Circus of Books, which tells the story of the eponymous West Hollywood gay porn shop and its highly-unexpected owners. The Circus of Books store closed its physical location last year after several decades as a neighborhood mainstay in West Hollywood, one of the foremost strongholds of gay culture in America. But even though the physical Circus of Books location may be gone, the store still lives on — both in the memories of those who frequented it and in the form of a new shop that is its spiritual successor.

The story behind Circus of Books, which is expanded upon greatly in the documentary, goes like this. The store first opened as Book Circus sometime in the 1960s, though no one involved with the store's latter incarnation seems able to recall who the original owners were. In 1982, the store was taken over by a couple named Karen and Barry Mason. She was a former journalist and he was a former movie special effects engineer, and they landed a job delivering Hustler magazines to book stores around L.A. in the late '70s. One of those stores was Book Circus, which doubled as a gay pornography store. After discovering that the current owners were unable to keep the store running, the Masons decided to buy it.

The Masons and Circus of Books also played an important role in perhaps the biggest story of the 1980s: The AIDS crisis. At the time, AIDS patients were considered ineligible for Medicaid coverage, and patients had to be unemployed to get medical insurance. But the Masons employed many HIV and AIDS patients, paying them under the table so they could still earn a living without losing their health insurance, according to the couple's daughter Rachel Mason, who directed the Circus of Books documentary.

Today, Circus of Books is no more. The Silver Lake location closed for good in 2016, and the original West Hollywood store shuttered in Feb. 2019 after nearly four decades of ownership by the Masons. However, it still lives on in a spiritual sense. In Jan. 2020, LGBTQ porn director and drag performer Chi Chi LaRue took over the original space on Santa Monica Boulevard from the Masons and opened Chi Chi LaRue's Circus. The new site is much more upscale than its predecessor, but it contains a number of nods to the store's historic past while offering several of the same products.

Between the new store in the original location and the new Netflix documentary highlighting the old store, it seems unlikely that anyone will forget about Circus of Books anytime soon.