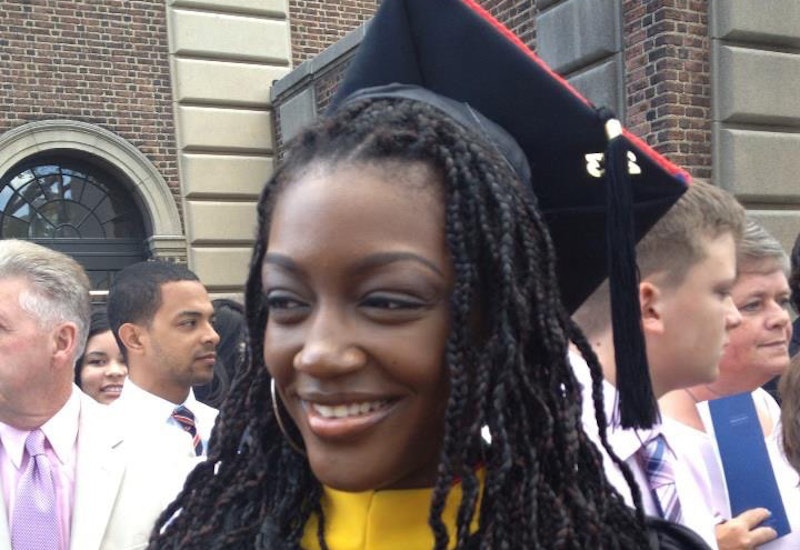 In this op-ed, University of Pennsylvania Wharton School graduate Joi Childs explains how her experience as a Black woman at an Ivy League school affects how she feels about the alleged college admissions cheating scam involving prominent Hollywood actresses and CEOs.

I had a panic attack while trying to complete a scholarship application when I was 16 years old. My parents tried to calm me down while we rushed to put together the necessary materials — a resume, portfolio, references, the works, but I whined about how another classmate of mine had finished her application weeks earlier, with a great reference. My mother (in her glorious wisdom and constant disapproval) told me clearly, “Worry about yourself. You deserve this.” I shut up. We put our heads together and got to work.

When I read about the alleged college admissions scam that involved bribes at colleges across the country, it took me back to that time. Celebrities like Felicity Huffman and Lori Loughlin were among dozens of parents charged with either paying to have their children’s exams fixed for them or for fake athletic admissions slots. It’s a clear abuse of access, wealth, and privilege that’s utterly disgusting. But for many former students of color (including myself), the alleged scam also affirms the privilege and wealth we had to confront during our college years — and how we were treated as “other” because of it.

I ultimately won that scholarship and used the funds to head to the Wharton School at the University of Pennsylvania in 2009. My whole world shifted once I got there. Here I was, previously the inaugural class valedictorian at my South Bronx high school, and now at the bottom of the social totem pole because I was a Black girl who didn’t come from money and didn’t go to private school. There was a moment of clarity when I realized some of my peers whose parents footed the bill didn’t treat school seriously. They took up a space someone else could have used to set up a foundation for themselves and their families. The same space they claimed I took up because I was Black.

In an analysis of freshmen enrollment in 2017, The New York Times found that white students still make up the majority of students at top colleges. Meanwhile, the share of Black students at elite schools has been virtually unchanged since 1980, and the rate of Hispanics attending elite schools is not matching the rate of Hispanic population growth. Put in another way: We’re still extremely underrepresented, despite claims that affirmative action programs give people of color an unfair advantage.

We were gaslighted our entire college careers, and we questioned ourselves, wondering if we were good enough to be there.

And when it comes to athletics, the National Collegiate Athletic Association estimated that in the Ivy League, 65 percent of student athletes were white. According to the Harvard Crimson, more than 46 percent of athletes at Harvard specifically come from families who make more than $250,000. The Atlantic called this “affirmative action for rich white people.”

The parents allegedly involved in this admissions scam reportedly paid large sums of money (up to $6 million) to bribe colleges to admit their children. This brings back to my mind the insinuations my college classmates made that I didn’t deserve my spot. The true objective of affirmative action — which is to give marginalized communities a fair shake in the college process after being excluded for many years — goes unfulfilled while affluent white families are apparently developing a sinister version of their own.

The exposure of this cheating scheme reveals how abuse of privilege leads to lost opportunities for students of color. If you’re a college graduate of color, it’s likely none of this is surprising because you’ve lived it. But the fact that it’s not a surprise doesn’t make it less frustrating or hurtful. We didn’t have any choice but to over-excel, because many of us have to provide for our families and repay the sacrifices they made for us. We were told that we got “special treatment” because of how we look. We were gaslighted our entire college careers, and we questioned ourselves, wondering if we were good enough to be there.

For those of us who have our degrees on the wall as a reminder of the blood, sweat, and tears we put in to earn them, let this news remind you that you are good enough. Don’t doubt it for second.