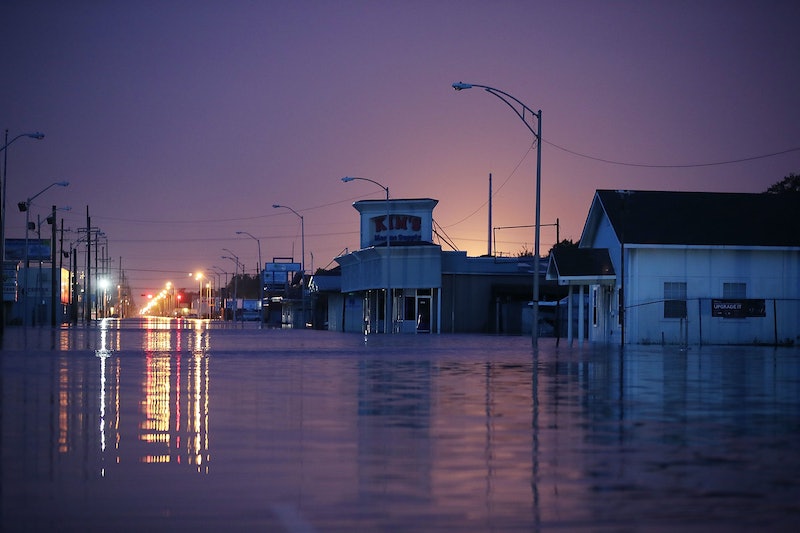 Beyond the damage that you see on TV from Hurricane Harvey flooding is the price to repair it. And that figure could be huge. Remodeling homes, fixing roads, and repairing electrical grids, will not come cheap. Combine that with the effect the storm has had on our nation's energy sector, and the costs skyrocket. One online weather outlet, Accuweather, has a new damage estimate for Harvey that exceeds Katrina and Sandy combined.

The estimate was put together by Dr. Joel N. Myers, founder, president, and chairman of AccuWeather. He puts the figure at $190 billion, a full 1 percent of GDP, noting that banks, insurance companies, and business leaders will have to start factoring in what has been lost, including corporate earnings and employment. He has a very dismal prediction, that this is just the start:

The disaster is just beginning in certain areas. Parts of Houston, the United States' fourth largest city will be uninhabitable for weeks and possibly months due to water damage, mold, disease-ridden water and all that will follow this 1,000-year flood.

That is not all that Myers said. He said meteorologists had done right by the public and government, accurately warning the risk of what was to come in Texas. It's the reaction to that information that he would argue wasn't good enough. "Public officials were slow, in some cases, to react or to know what to do, which affected too many people and caused the loss of property and damage and destruction," Myers said.

The financial cost by the damage in Houston extends far beyond the city's borders, given the area's role in energy markets as home to oil refineries and more. The Wall Street Journal reported Wednesday that some 3 million barrels of "refining capacity" is out of commission. Even when they reopen, the port may not be able to support large ships like oil tankers. That could drive up gas and diesel prices nationwide and limit economic growth in sectors reliant on fuel.

But there's more than just the costs to the economy to think about. In addition to talking money, Myers warned those in the storm's path, now in Louisiana and headed northeast, to take care.

"AccuWeather cautions that the negative impact from the storms are far from over. There will be more flooding, damage, fatalities and injuries," Myers said. "We urge all citizens near the path of Harvey to remain vigilant and be prepared to take immediate action if flood waters rise."

So first keep yourself safe. Then you can worry about the financial impact.