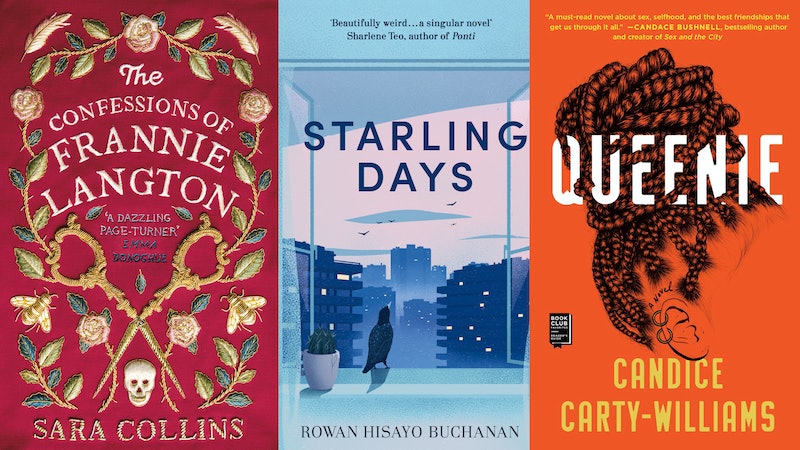 Established in 1971, The Costa Book Awards honours some of the most enjoyable books of the year created by authors based in the UK and Ireland. The 2019 shortlist has just been released, and includes 20 books across five categories that you're all but guaranteed to enjoy. Jonathan Coe’s Middle England kicks off the most contested prize, the Costa Novel Award, with a story about families in the Midlands trying to hold it together as the country changes. Sophie Hardach’s drama based in East Berlin, Confession with Blue Horses has also been nominated, while the magical Starling Days by Rowan Hisayo Buchanan has received a nomination for a tale of complex love and attraction that stretches a relationship to its limits. Completing the category is Shadowplay by Joseph O’Connor. He explores the danger and complexity of unconventional love.

The Costa First Novel Award shortlist is always packed with some of the most successful books of the year from emerging authors. Candice Carty-Williams’ Queenie made waves in 2019 with her raw and vulnerable coming of age tale, so it's unsurprising that she made the cut. Sara Collins joins the list with The Confessions of Frannie Langton, a story about a trial, murder, and mystery. Diary of a Somebody by Brian Bilston, which shares the story of a man on a mission to change his life, is also nominated, along with The Other Half of Augusta Hope by Joanna Glen, which is a hopeful tale of lovers finding each other.

If you’re an avid poetry reader, or simply want to get into the art form, then the Costa Poetry Award shortlist is always a great place to start. Jay Bernard’s debut Surge really shines a light on an unacknowledged chapter in British history, while Flèche by Mary Jean Chan explores themes of multilingualism, queerness, psychoanalysis, and cultural history. Paul Farley takes the reader on an adventure in the natural world in The Mizzy. John McCullough’s weird and wonderful Reckless Paper Birds tackles issues of homophobia and homelessness as well as combining birdlife, Grindr, and My Little Pony.

The last category to be honoured in the Costa Book Awards is the Costa Children's Book Award. 2019’s shortlist includes magical adventure set in India, Asha and the Spirit Bird by Jasbinder Bilan. Literary legend Malorie Blackman also makes the list with Crossfire, returning to her ground-breaking Noughts & Crosses series. A true quest set in the Roman Empire, In the Shadow of Heroes by Nicholas Bowling has also been shortlisted, while Jenny Downham's awesome exploration of where girls get their sense of self, Furious Thing, has also made the cut.

More like this
10 Equally Romantic & Heartbreaking Books From British & Irish Authors
By Shahed Ezaydi
Your Guide To Watching 'Everything Everywhere All At Once' In The UK
By El Hunt and Sophie McEvoy
Rachel Nickell’s Son Wants The Police To Take Accountability Over Errors
By El Hunt
Olivia Colman Stars In First-Look Trailer For BBC's 'Great Expectations'
By Sabah Hussain and Sam Ramsden
Get The Very Best Of Bustle/UK
Sign up for Bustle UK's twice-weekly newsletter, featuring the latest must-watch TV, moving personal stories, and expert advice on the hottest viral buys.