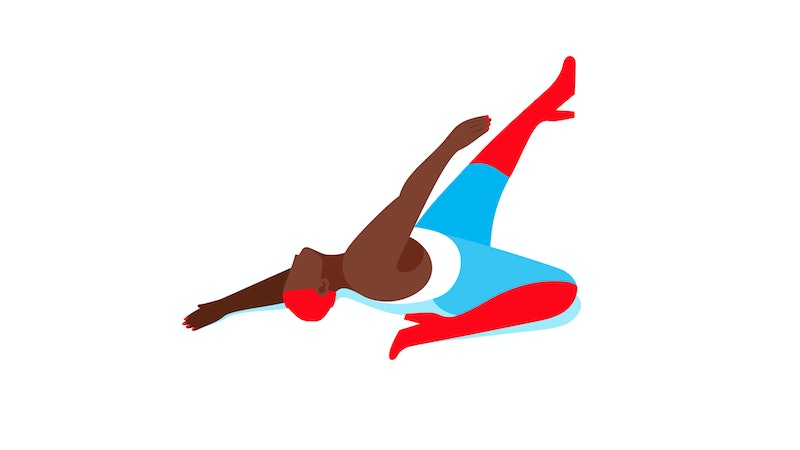 Back in 2017, an Instagram sticker known as the Voguing Man took the platform by storm. Designed by illustrator Josh McKenna, the artwork belonged to Instagram's Pride-themed sticker series, and intended to encourage expression among the LGBTQ community online. Now, as part of a fresh campaign, McKenna has unveiled a brand new Instagram story sticker for Pride 2020, which aims to explore queer culture through the medium of vibrant illustrations.

This Pride Month, Instagram has again enlisted the help of several LGBTQ artists, each of whom created new designs which invite users to #ShareWithPride and support the LGBTQ community. Elsewhere on the platform, Instagram users can also expect a whole host of updated tools and newly-introduced features — including the Rainbow gradient hashtags and story rings created in collaboration with GLAAD; multi-author story features; and more.

The social media giant is presumably hoping to recapture the magic of the 2017 Voguing phenomenon — the success of which still comes as a surprise to the man behind the famous sticker. Speaking from his Los Angeles lockdown retreat, McKenna describes the reaction to his original illustration as "unexpected."

"It was a small brief, and was only meant to be around for just a month," he tells me. "I still don't really believe how far it's gone. I see it everyday on people's stories, and it's just a gentle reminder."

The illustrator has revisited the 2017 design while working on his latest Instagram creation, and explains the new sticker is intended as a "progression" of the original. "Because it was so popular, I wanted to push it a little bit further, and create a pose that was more striking and a bit more elevated," he told me. "I just sketched out loads of different ideas. Twerking characters. Voguing characters. I developed different colours, different clothing, and I wanted it to be a similar vibe to the old one so there's a natural association."

McKenna eventually landed on a dramatic "dip pose," a regular physical expression in the world of ballroom competitions and voguing culture — both of which fed into the inspiration for the project.

Further commenting on his design process, McKenna explains how "being able to represent a person of colour" is a "really important" part of the sticker's inception, adding that he makes a conscious effort to represent a diverse range of characters within his work. "I've had people message me and say thank you for representing me, my colour, my ethnicity, in such a mainstream way," he tells me.

As for celebrating Pride Month in lockdown, McKenna credits the restrictions of social distancing for inadvertently forcing Pride to go "back to the core" of what the annual celebration "used to be."

"I've been out protesting and marching for Black lives — mixing that with Pride and using your voice and trying to make change is where Pride came from. And it's [been] stripped back to that."

Acknowledging the impact of recent Black Lives Matter protests, he believes the movement has already changed how Pride Month will be approached in the future, describing the "uprising" as an awakening for all people, but especially gay people. "There's such a connection between Black lives, and riots, and queer culture. We wouldn't have one without the other," he explains, adding how this year, Pride has become "less about just turning up to a party to celebrate being gay. It's gone to the root of where Pride came from — the Stonewall riots."

In spite of major Pride Month cancellations across the globe, McKenna believes Instagram, the home of his Voguing-inspired illustrations, offers an "inclusive" and "safe space" in which the LGBTQ community can "feel free to express themselves" throughout Pride Month 2020.

"There's definitely a sense of community," he tells me, referring to social media juggernaut Instagram. "I use it to show off my work, it's kind of an online portfolio for me. But then also, it's a good place to use your voice and learn a lot from the community, and what they've got to say."

Offering a taste of future endeavours, McKenna opens up about a project he's spent much of his LA-based lockdown conjuring up. This latest venture, titled Not Safe For Work, was created in collaboration with photographer roommate Ramon Christian, and sees McKenna reimagine Christian's artwork into a series of striking illustrations.

Discover McKenna's latest Pride sticker on Instagram, where you can help celebrate the LGBTQ+ community with the #SharewithPride hashtag.