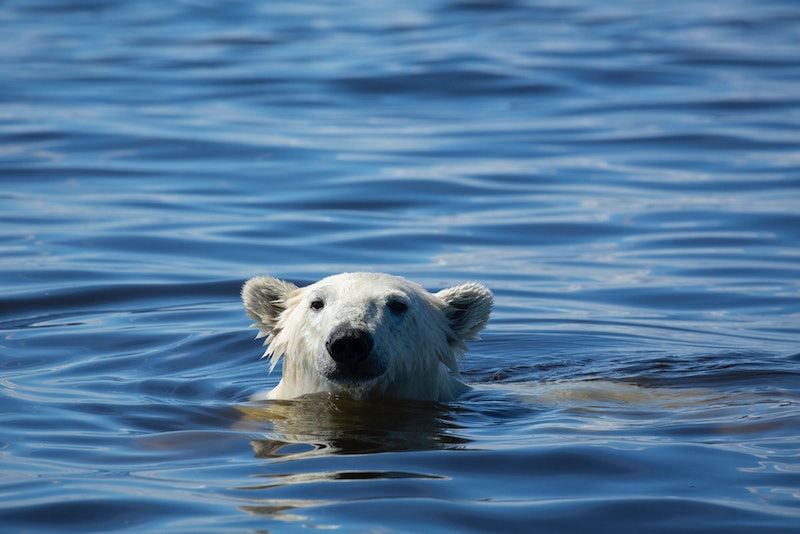 Filming a wildlife documentary is hardly a glamorous job. But, if the resulting footage is anything to go by, it is a breathtaking one. And, apparently, it's a scary one too. The crew of Seven Worlds, One Planet have shared behind-the-scenes tales of their time filming David Attenborough's latest series. While some experiences are slightly humorous, a few sound truly terrifying.

Speaking to the Guardian, producers working across each of the continents divulged insider details. During the course of filming, crew visited 41 countries, orchestrated 92 shoots, and spent 1,794 days filming. One of the most remarkable stories came from Chadden Hunter, producer of the North America and South America episodes.

A team went to the Canadian Arctic to film polar bears "hunting in an incredible new way during the summer" when sea ice had disappeared. (The bears would climb onto boulders and jump on the backs of beluga whales as they swam by.) Hunter needed the toilet so found some bushes that he thought were safe.

"All of a sudden, I see this big white lump just in front of me: a sleeping polar bear," he told the paper. "I look over my shoulder and see my team and the guide who has the gun. They’re about 100m behind me." Hunter explained how he attempted to "whistle like a bird to get their attention without startling the bear."

The bear, however, didn't seem too impressed with Hunter's efforts: "He lifts up his head and gives this indignant look, as if to say: 'You call that a bird whistle?'"

But one bear wasn't the only animal that Hunter's whistling attracted. "So I’m trying to do my business with a polar bear staring me down, when another head rises up in the bush," he continued. "Now I have two of them, 20m away, and my team are looking the other way, out to the ocean.

"I whistled louder. Eventually they heard me — just as the polar bears stood up and I realised I could never have got to safety. But they took one look at me and decided to head in the other direction. I was lucky: they were well fed."

Giles Badger, producer for the Europe and Africa episodes, also had a hairy tale to tell. Not concerning him, but one of his producers, Jo Haley. She was filming gorillas in Congo-Brazzaville, Badger told the Guardian, when the crew "suddenly heard two gunshots." It was poachers.

Getting away wasn't as simple as running out of the forest. The team were on a viewing platform to avoid running into forest elephants. "The one rule of the forest is that you don't walk around after dark," Badger said. "But at dusk, they took their essentials and walked for an hour to reach the safety camp.

"The next morning, the armed poaching patrols came in and said they had found the body of a slaughtered elephant." Figuring that it was too dangerous to continue, the gorilla story became one filming sequence that was never finished.

Catch Seven Worlds, One Planet on BBC One on Sunday at 6:20 p.m.