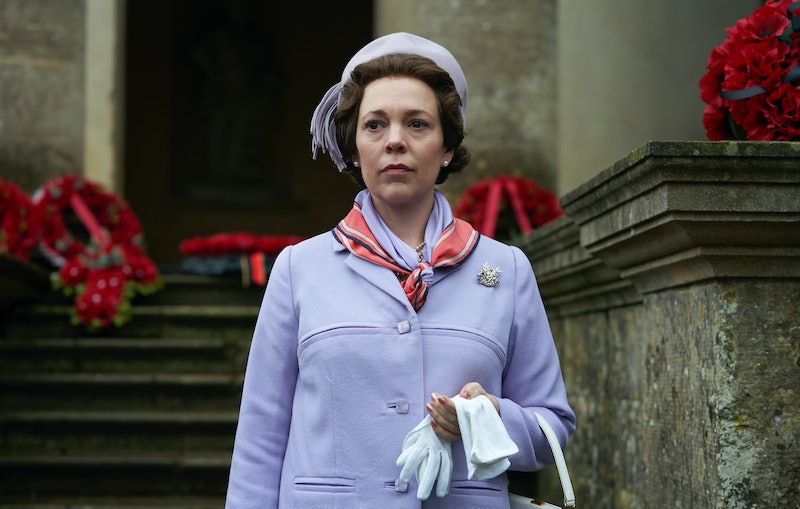 The Crown is one of the most popular TV shows on Netflix, and with three series under its belt, and the fourth on its way, it's long been considered an unstoppable force in the entertainment world. Well, until now. It's with great sadness that I reveal The Crown will be ending with season five. Reach for your tissues, because things are about to get real...

Creator, Writer, and Executive Producer of The Crown Peter Morgan has announced he will be bringing the beloved show to an end after its fifth series, despite previously stating it would be running six seasons. "At the outset I had imagined The Crown running for six seasons," he explained in a statement. "But now that we have begun work on the stories for season five it has become clear to me that this is the perfect time and place to stop." He added: "I’m grateful to Netflix and Sony for supporting me in this decision."

Three series of The Crown are currently available to stream on Netflix, and it's been predicted that the fourth season could likely come toward the end of 2020. Series four will cover the late 1970s and 1980s, and will see the introduction of other pivotal characters including Princess Diana and Margaret Thatcher.

Morgan's announcement was made along with the news that Imelda Staunton would be taking over the role of the Queen from Olivia Coleman.

Speaking about her upcoming new role, Staunton said: “I have loved watching The Crown from the very start. As an actor it was a joy to see how both Claire Foy and Olivia Colman brought something special and unique to Peter Morgan’s scripts. I am genuinely honoured to be joining such an exceptional creative team and to be taking The Crown to its conclusion.”

While this is sad news for major fans, at least we can take solace in the fact we still have two more seasons to go before the end arrives!