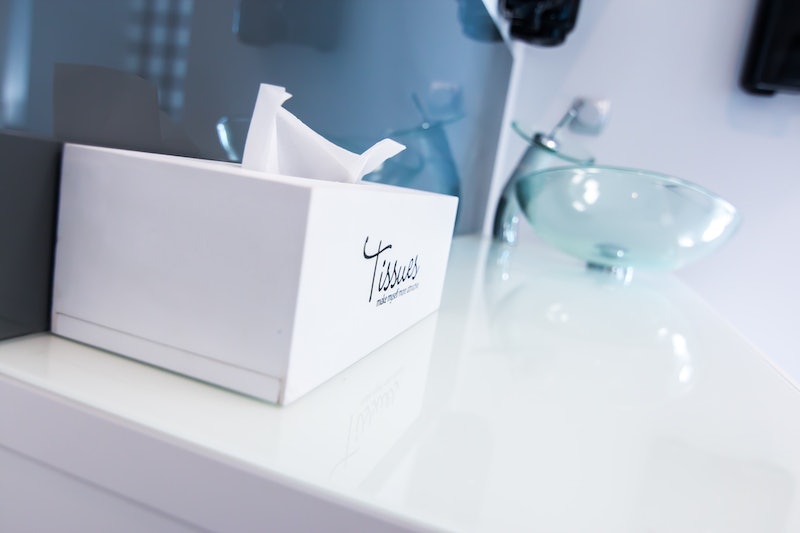 Catching a cold may be harmless, but it doesn't feel that way when you're surrounded by small mountain range of crumpled tissues that have gathered by your bed over the past six days. The worst part? You're not quite sick enough to stay home — just enough to make work miserable. And yet, somehow the the cure for the common cold still doesn't exist, even though our phones can talk to us and doctors use lasers to fix someone's eyesight. You wouldn't expect rhinoviruses to be so hard to defeat, but here we are.

Recently, though, researchers have found a way to recover from a cold faster, even if it doesn't necessarily cure the illness. Scientists at the University of Helsinki performed a meta-analysis of three trials testing the effectiveness of zinc acetate in fighting off a cold. In each study, some participants were given daily lozenges containing between 80 and 92 milligrams of zinc as they recovered from a cold. When researchers compared these participants to those who took a placebo instead, they found that the group who took zinc recovered far faster. By the fifth day of the trials, just 27 percent of the placebo patients felt better, but 70 percent of zinc patients were healthy again.

According to the analysis, this is about a threefold increase in the rate of recovery. (In other words, patients who took zinc recovered three times as fast.) The research controlled for factors like age, allergies, and the severity of the cold, so the effect can apparently be seen across the board.

Before you go out and buy all the zinc you can get your hands on, you should know that these studies gave participants far higher doses of zinc than usual. In the United States, the Department of Health and Human Services recommends eight milligrams of zinc for women and 11 milligrams for men each day. However, researchers wrote in their paper that other studies have shown it's safe to take high doses of zinc in some situations, so it "seems highly unlikely that the dosage used in the 3 included trials... might lead to long-term adverse effects."

It's also worth noting that because the daily recommended dosage is so low, you might have a hard time finding higher dosages of zinc over the counter. Overall, the authors of the paper recommended trying zinc acetate lozenges of no more than 100 mg a day within 24 hours of getting sick.

Obviously, do your own research and check with a medical professional before swearing by the results of a single meta-analysis. But if you hate catching a cold as much as everyone else, science has opened up a whole new avenue worth exploring.