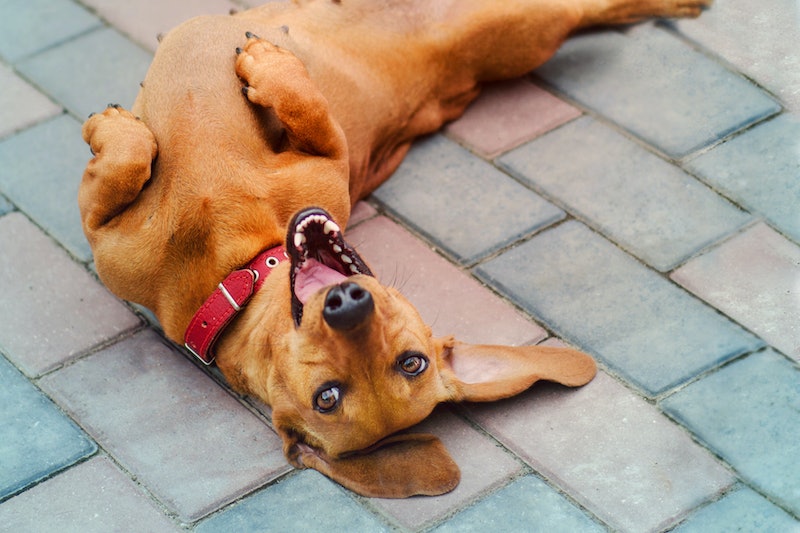 Just last week the American Kennel Club released its annual list of most popular breeds of dog owned in the United States. The ranking was predictable for the most part, with Labrador Retrievers clocking in at number one for the 27th year in a row. But if you think about it on a wider scale, this trend not only shows people's devotion to their canine comrades, but a commitment to certain breeds. With this in mind, perhaps it should come as no surprise there is now a museum devoted to the quintessential Deutsch doggy — that's right, a Dachshund museum exists, and it's every bit as cute as it sounds.

Located in the Bavarian city of Passau, the Dackelmuseum ("dackel" is another German name for the breed) is the thing sausage-shaped dreams are made of. Fans of the oblong mutt, known to many in English-speaking countries as a "weiner" or "sausage" dog, can enjoy the world's largest collection of dachshund-themed items in the museum's collection of more than 4,500 items, according to the BBC. Perhaps most impressively, everything on display in the dackelmuseum originates from the personal collections of museum curators, Josef Küblbeck and Oliver Storz—two former florists and lifelong fans of the breed.

Some of you may be wondering — okay, they're cute, but why a museum purely for the dachshund? As it turns out, the breed is not only adorable, it has a rich history in Germany and is pretty much regarded as cultural icon in Bavaria.

According to Deutsche Welle, the country's relationship with the breed can be traces back for thousands of years. The German Dachshund Club was founded back in 1888, and still exists to this day, boasting upward of 20,000 members. Germany's last emperor Kaiser Wilhelm II was known to be a devoted fan of the breed, with his canine companion, Erdmann, even earning his own gravestone in 1901. Napoleon, too, was laid to rest with his beloved dachshund by his feet. During the 1960s and 1970s, it was common for middle-class Germans to display bobblehead dachshund figurines on the rear window shelf of a car, next to a crochet-covered roll of toilet paper. Plus, the dog served as inspiration for Waldi, the mascot of the 1972 Olympic Summer Games in Munich, Germany.

In spite of this, the popularity of the dachshund has been on the decline in recent years. Today, the breed just barely breaks the top thirty most popular dogs owned in its home country, with other international breeds like the Labrador Retriever, Chihuahua, and Pug overtaking the quintessential German pooch. The daschund's slide from doggy glory has not gone unnoticed — even British musician Liam Gallagher chimed in by telling The Sun he vowed to "buy 900" sausage dogs in an effort to protect them from extinction.

Luckily, the Oasis frontman may be getting a little ahead of himself. Dachschunds are not actually in danger of extinction, and the museum is only one example of efforts to help sausage dogs reclaim the spotlight. The Bavarian city appears to be revitalizing its love of the dog, with a number of local institutions turning to the icon for inspiration. An Italian restaurant has claimed it will create a dachshund-themed pizza, and bakers are reportedly coming up with sausage dog-shaped pretzels and chocolates, to name a few.

But above all, the creation of the dackelmuseum is not so much an effort to start a larger campaign for dachshund popularity — it is simply an act of love for the pup museum owner Josef Küblbeck described to Deutsche Welle as, "...relaxed, sociable, quick, intelligent, persistent, affectionate, loyal, loving and devoted." With such glowing admiration, why shouldn't the dachshund get its own museum?

Highlights from the collection reportedly include a crowned golden statue of the sausage dog, and a print of Picasso's famed furry friend, Lump (pronounced "loomp," the German word for "rascal.")

The dackelmuseum opened today, so book your plane tickets now — an afternoon full of cuteness awaits!

More like this
12 Cheeky Instagram Captions To Use When You Haven’t Posted In Weeks
By Emma Carey
The “Teenage Dirtbag” Trend Is TikTok's Latest Nostalgic Obsession
By Meguire Hennes
How To Use The Whatnot App To Thrift Vintage Items
By Emma Carey
25 Things I've Reduced My Life To, In Addition To WFH In My PJs
By Ginny Hogan
Get Even More From Bustle — Sign Up For The Newsletter