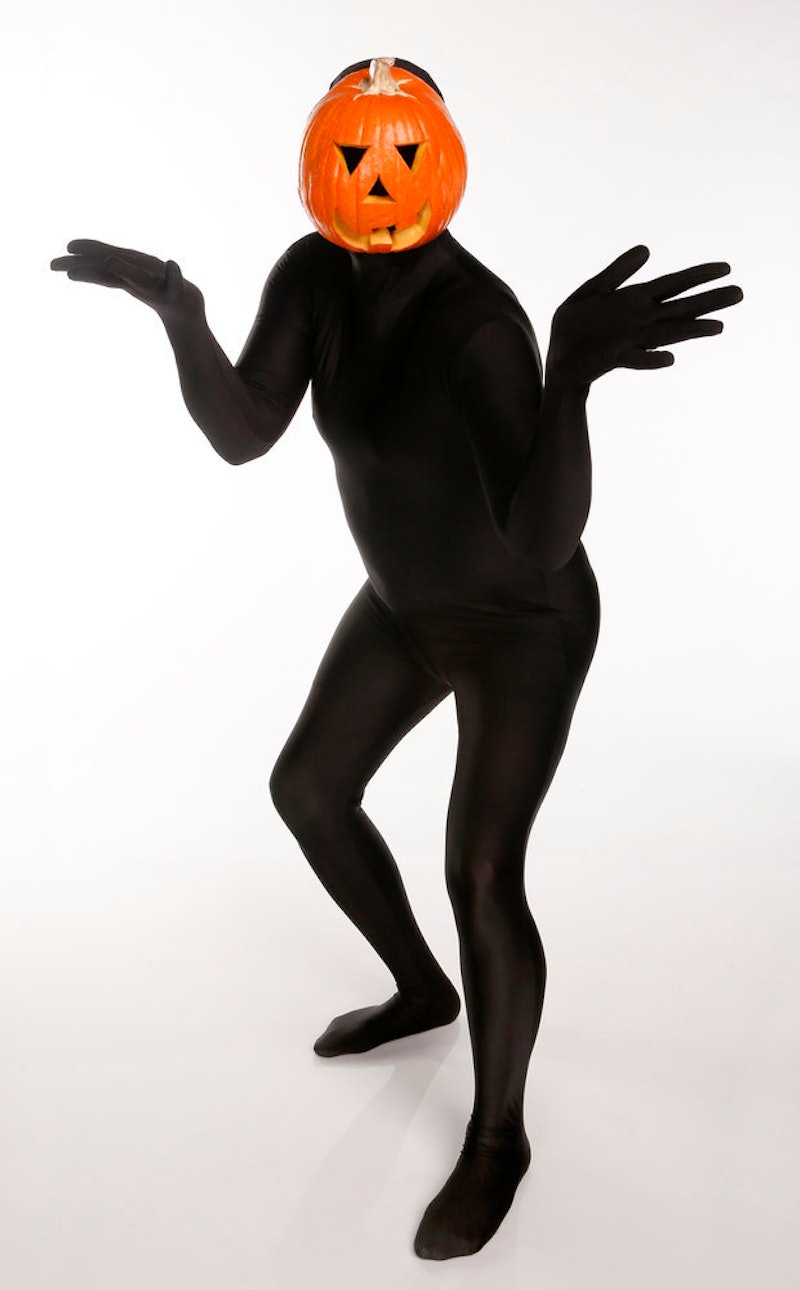 Unless you regularly hibernate at the start of each October, you’ve definitely caught a glimpse of the Dancing Pumpkin Man online before. He’s a man dressed all in black wearing a pumpkin mask over his face, busting a move to the tune of the Ghostbusters theme song. Every Halloween he reigns as the undisputed king of the internet, and now he’s bestowed his gift to the entire country on national television. That’s right, the Dancing Pumpkin Man appeared on America’s Got Talent this season — and although he was dismissed from the show this week, he still managed to win the hearts of everyone watching. Except maybe Simon Cowell.

Like all good heroes, the Dancing Pumpkin has a secret identity: as WNYC reported back in 2014, his true name is Matt Geiler, and he once worked as an anchor for the 10 o’clock nightly newscast at KXVO, an Ohio-based CW affiliate. In 2006, he pitched the pumpkin idea (which he called “Happy Jack”) to his producers as a last minute as a way to fill time, and then performed it again at Christmas and Valentine’s Day for similar reasons. Eventually all three segments were uploaded to KXVO’s YouTube channel, and the rest is history; the original video has over six and a half million views, and Happy Jack is as ubiquitous as lolcats and the rickroll.

Interestingly enough, Geiler has been courted by America’s Got Talent before; in that same 2014 feature, he told WNYC that he’d recently turned down an audition for the reality show competition. "I will not ruin the sanctity of that character," he reportedly told them. "If you try to recreate it, it's just, you know, dumb."

But as Geiler expressed during his first appearance on America’s Got Talent in June, a lot has happened in the past three years to make him reconsider his position on bringing Dancing Pumpkin Man to the masses. “At one point I thought it’s about the hot dollar,” he said, but now “the goal is to spread the joy through the dance and to ascend to a position at the front of the modern avant garde.” Oh, dearest Pumpkin. You were already leading that pack.

Unfortunately, Dancing Pumpkin Man might have been a little too avant garde for the judges of AGT — although guest judge Chris Hardwick, who’s definitely no stranger to the web, recognized him almost immediately as an “internet meme legend.”

But despite his flashy new costume and his beautiful, beautiful dance, Matt Geiler was sent home during the Judge Cuts.

However, I suspect this is not the last time we will see Dancing Pumpkin Man. Your reign on America’s Got Talent may be over, my autumn friend, but you’ll certainly live on forever in my heart — and online.

More like this
Here's The Full List Of Zach's Confirmed & Potential 'Bachelor' Contestants
By Kadin Burnett and Grace Wehniainen
‘The Ultimatum: Queer Love’ Is Officially On The Way
By Radhika Menon and Kadin Burnett
Here’s When You Can Expect More ‘Indian Matchmaking’
By Brad Witter
Every Celebrity From 'The Masked Singer' Season 8 Revealed Or Rumored So Far
By Gretchen Smail
Get Even More From Bustle — Sign Up For The Newsletter