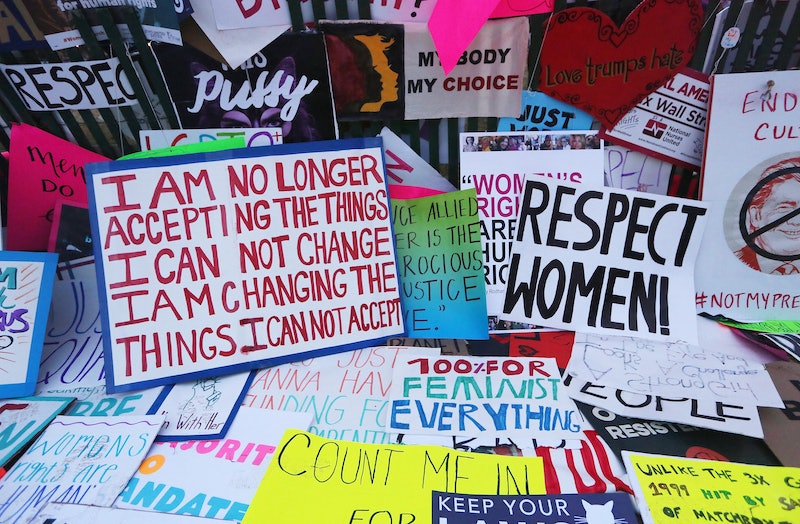 After the Women's Marches across the country and the world last month, many wondered what the next step would be in the resistance. In early February, the organizers of the Women's March announced they would stand with the grassroots organizers putting together a one-day strike on March 8, 2017, called "A Day Without A Woman." Although we've known about the date for a little over a week now, few details were available about the strike itself. On Thursday, though, the Women's March organizers announced the "Day Without A Woman" strike details. There are three fairly simple ways to get involved and make an impact, so read on for how you can participate in the strike.

The Women's March website suggests three ways to participate in the strike:

These three tasks make it so that, hopefully, people of all backgrounds, situations, and income levels can participate in the strike. Even if you don't have the ability to take off work altogether or not buy anything that day, you can still show solidarity by wearing red. And it doesn't specify that, for instance, you have to wear all-red or a red top — even if you've only got a small red accessory, that's still something. There are, of course, other ways to show solidarity with the strike, such as by donating to International Women's Strike USA or simply by combating gender roles and stereotypes in your day-to-day life. As the saying go, every little bit counts.

Whichever way you participate in the "Day Without A Woman" strike, it's important to make your voice heard in any way you can.