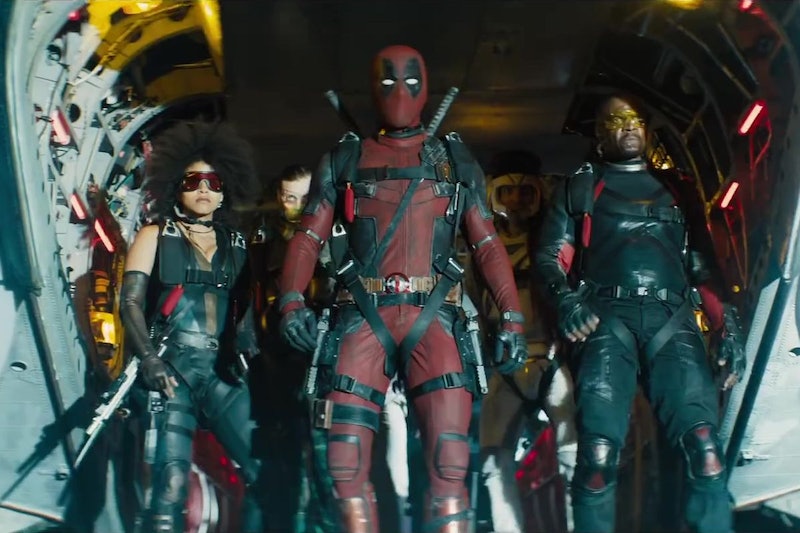 One has name-brand recognition and an established movie franchise, the other is a group that many non-comic fans are just learning about from Deadpool 2. So aside from sharing an alphabet letter, what separates the X-Men vs. the X-Force? The difference between the groups of super-fighters is actually all about attitude.

The X-Men are a comic institution at this point, while by comparison, the X-Force, as seen in Deadpool 2, are young up and comers. It's hard to overstate the importance of the X-Men to the world of Marvel, and comics in general; the team established ideas that are so commonplace in comics nowadays most comic fans don't think twice about their origins. Writer Stan Lee and artist Jack Kirby created the X-Men way back in 1963, inventing a world where a new species of human existed: mutants. Born with an "X Gene" that would eventually activate their varied superpowers, these mutants were misunderstood by the world around them, hunted out of fear or captured for study by the government.

Lee admitted he created the concept of mutants out of necessity more than anything else, saying in a 2004 Television Academy interview, "I couldn't have everybody bitten by a radioactive spider or exposed to a gamma ray explosion." In Lee's X-Men comics, Professor Charles Xavier founded a school to teach these mutants how to use their powers, hoping to achieve his dream of creating peaceful coexistence between mutant- and humankind. Xavier's team of X-Men battled those who wanted to harm mankind, mutants and human alike, as well as any other threats to peace.

The X-Force, meanwhile, takes place within the world X-Men created, and was put together by Cable, the time-traveling son of original X-Men member Cyclops. Cable's visits to horrific versions of the future hardened his more militant, aggressive stance on fighting threats to humanity, compared to Professor Xavier's vision of harmony. Cable put together the X-Force as a leaner, meaner strike team bent on hitting enemies first, rather than the X-Men's policy of reacting to situations.

Members of the original X-Force included several students of Xavier's already fighting as part of the New Mutants, a younger group the Professor had trained. They felt Xavier was too passive, and joined X-Force along with a number of angrier mutants looking for a fight, including mercenary-for-hire Domino, rage-filled were-cat Feral, and vengeful alien Shatterstar.

While the X-Men mostly battled Magneto's Brotherhood of Mutants, who believed mutants were superior to humans and should take over, the X-Force fought their extremist equals, the Mutant Liberation Front, who had no problem using violence against humans if it meant helping mutants.

The X-Men are far more well-known than X-Force, having had a long-running cartoon and over nine films exploring their world. Interestingly both Deadpool and Deadpool 2 are considered X-Men films by their studio, since Deadpool was initially a spin-off from the movie X-Men Origins: Wolverine (who didn't actually join the X-Men until the '70s). The first exposure filmgoers will have to the X-Force will be in Deadpool 2, which have Deadpool forming the supergroup of assassins, mutants, and... Peter, who saw the flier. Instead of a group bent on changing the present to save the future founded by Cable, Deadpool's X-Force comes together to stop Cable from killing a mutant child — in the new movie, the baddie is on the opposite side of the very team he created.

Now that word's out on the edgier team in the X-universe, maybe fans will soon see more action from the team outside of Deadpool films, perhaps in ways that are a little closer to their actual origins. Comics reboot, restart, and rewrite entire universes all the time; messing around with the X-Force shouldn't be a problem except for folks who dare to get on the members' bad side.