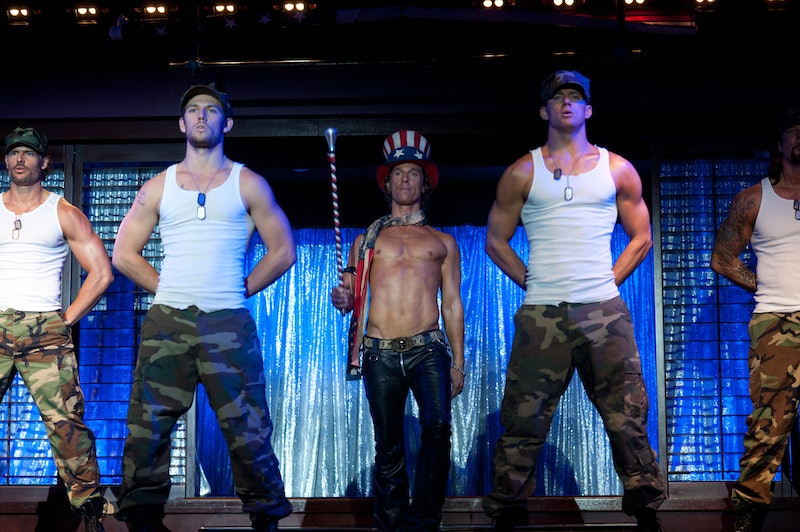 Since Valentine's Day takes place in February, it makes sense that the filthiest movies of the year would get released exactly when people need them the most. With the release of Fifty Shades Darker right around the corner, there's plenty of inspiration around — especially if you're after some ideas for planning the perfect night in with bae. But what if you're not a fan of Christian Grey and would like some inspiration a little closer to home? Well, look no further: there's a long list of dirty movies coming to Netflix in Feb. 2017 that will definitely not disappoint.

As streaming services go, Netflix provides its viewers with some of the best movies around, and its original content is on fleek. It might be known for flagship shows like Orange Is The New Black and Stranger Things, but Netflix is also the home of plenty of raunchy content, meaning that you don't even have to leave the house this Valentine's Day. In Feb. 2017, Netflix is really going to own its place in the "Netflix and chill" phrase, particularly with filthy films like Sausage Party becoming available to stream. Whether you're single or attached, here's the best content possible to help make your night in a very, very good one.

I don't need to explain what a sausage party is, do I?

This may be a documentary, but, since it's about the infamous affair website Ashley Madison, you know it's going to be raunchy.

Channing Tatum plays a stripper, which is always worth re-watching.

The synopsis for Girls Lost couldn't be stranger: three girls plant a "special flower" that gives them the ability to turn into boys and experience life as their male counterparts. Sensuality and sexuality abound.

A love triangle between Kristen Stewart, Juliette Binoche, and Chloë Grace-Moretz. What more could you want?

Wrong on so many levels, but Camilla Belle is a treasure.

Netflix is ready for Valentine's Day, and, now, so are you.

More like this
Here’s Everything Coming To & Leaving Netflix In February
By Jake Viswanath
11 Movies To Watch At The 2023 Sundance Film Festival
By Chloe Foussianes
What Is Mary J. Blige’s Net Worth? The 9-Time Grammy Winner Is Doing “Just Fine”
By Hugh McIntyre
Taylor Lautner Copped To Finding Jacob "A Little Annoying" In Twilight
By Stephanie Topacio Long
Get Even More From Bustle — Sign Up For The Newsletter
From hair trends to relationship advice, our daily newsletter has everything you need to sound like a person who’s on TikTok, even if you aren’t.