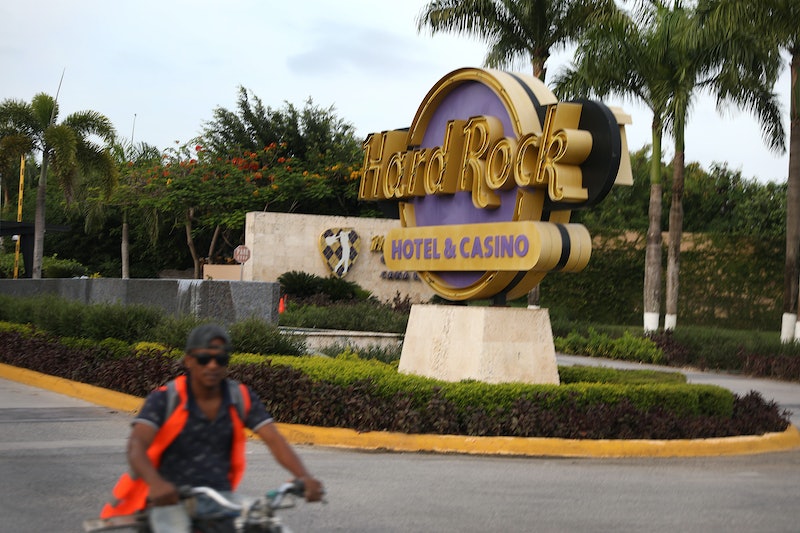 After a recent string of tourist deaths, the Dominican Republic Hard Rock Hotel is removing liquor dispensers from its rooms, NBC News reports. The resort and casino told CNN that the hotel will no longer stock booze in its minibars in order to "provide more tranquility for guests," but maintained that the decision was not the result of recent deaths.

The news network reports that two Americans were found dead on the resort's property, and that 10 Americans have died while visiting the island in the last year. The Hard Rock Hotel and Casino has said that the deaths were linked to preexisting health issues, as well as other natural causes, NBC News reports.

"The safety and health of our guests is now, and has always been, our highest priority," the resort told NBC News.

But while the recent string of deaths has made headlines, prompting investigations into whether or not it is safe to travel there, relevant authorities have maintained that the number of deaths — and the circumstances surrounding them — are not unusual. Among them is the U.S. State Department, which has told news outlets, like NBC News, that there is nothing unusual happening in the Dominican Republic.

"We have not seen an uptick in the number of U.S. citizen deaths reported to the department," the department told NBC in a statement.

The Dominican Republic's tourism minister, Fernando Javier García, has maintained that nothing pernicious is going on in the country, The New York Times reports. “There is no mystery whatsoever regarding any of these deaths,” he told reporters.

"The Dominican Republic is a safe country," he added, per USA Today, remarking that "there is not an avalanche of deaths."

At least six of the 10 American tourists who have died in the Dominican Republic were reported to have died from heart-related issues, The Times reports. Three more reportedly died of respiratory issues. The remaining person died of septic shock, organ failure, and pneumonia. The papers note that the last person's family has said that the man grew sick after drinking alcohol from a minibar.

"We do not publish statistics regarding natural deaths abroad," a State Department official told CNN. "However, speaking generally, over 2.7 million U.S. citizens visit the Dominican Republic each year, and we have not seen an uptick in the number of U.S. citizen deaths reported to the department."

The country's tourism board suggested in a Friday press conference that they were being unfairly scrutinized, relative to other places around the world.

"We are a model for global tourism," the board told reporters, per NBC News. "Here we are talking about nine people, but there are countries in the area where 10 times the number of Americans have died there. But all eyes are on us."

Given that the U.S. State Department and the Dominican government seem to agree with each other, it's hard to say whether the string of tourist deaths will face any further scrutiny, outside of media reports.