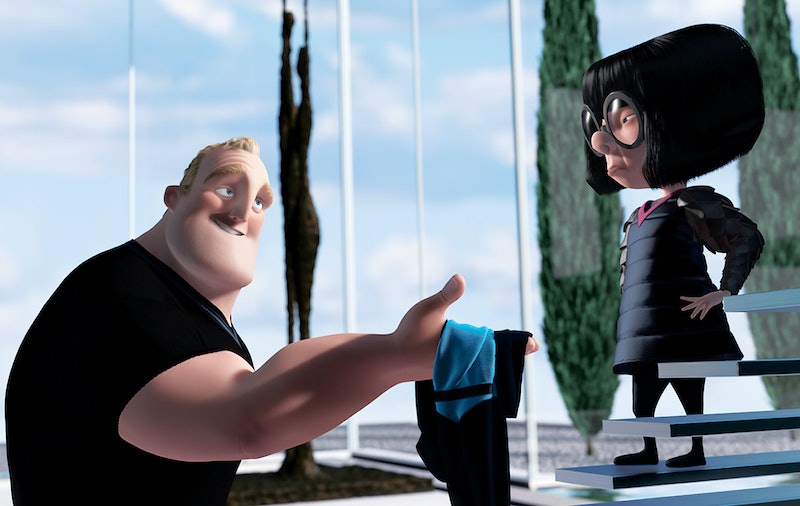 On Monday (Feb. 3), Pixar celebrated a milestone: their 34th anniversary. What started as a division of LucasFilm has become one of the most recognisable animation studios to date, shaping millions of childhoods in the process. To commemorate this anniversary, Disney+ shared a video full of Pixar easter eggs, which in some ways confirms the complex "shared universe theory" that the studio’s fans have long been debating over.

“The attention to detail here is INCREDIBLE,” Disney+ captioned the video on Twitter. “We have no choice but to stan — and stream — @Pixar! Happy anniversary to the iconic studio.”

The video shows a handful of easter eggs fans may have missed across 21 Pixar films, including an appearance from Toy Story's Jessie and Finding Nemo's eponymous star in Monster’s Inc, a Lots-O’Huggin’ Bear in the world of Up (along with the Pixar ball), and a boy reading an Incredibles comic in a dentist waiting room in Finding Nemo.

This video gave fans a lot to be excited about. As Hypebeast writes, “fans have been obsessed with theories that the Pixar movies are set in an alternate universe,” and are linked far beyond the odd hidden detail here and there. If you search ‘Pixar Theory’ on the web, you’ll be met with hundreds of video essays, articles, the odd thesis or two, and even a site fully dedicated to explaining how the Pixar universe revolves around two of its most iconic characters — Sully and Boo from Monsters, Inc.

Basically, one strand of the theory goes like this: after Sully leaves Boo in Monsters, Inc., she becomes determined to find him again. This leads to her becoming a time-travelling witch who can harness magic (i.e. the witch in Brave). This then causes a set of events to take place throughout the Pixar universe. If you look closely in the witches hut in Brave, you’ll see a wood carving of Sully, which became one of the main catalysts for this theory in the first place.

Yeah, it takes a while to wrap your head around. Especially since another strand of the theory sort of believe it begins way before the events of Brave (roughly 14th/15th century). As Digital Spy notes, some believe "the timeline begins with The Good Dinosaur millennia ago." It actually starts when a meteor misses Earth and the animals learn "the value of emotion and human compassion." These values are used in different ways throughout Pixar films, but eventually lead to animals and sentient objects resenting humans (for polluting the Earth, mistreating toys, etc.), causing a war to break out that leaves the Earth uninhabitable.

From there, humans start living in a starliner (Wall-e), while “the remaining machines on Earth begin to live and behave like humans” (Cars). Eventually, one little robot “saves humanity with one plant, which grows a tree and eventually a whole new world.” Once humans return to Earth, they eventually “evolve into a new species — monsters,” as Digital Spy explains, referring to Monsters, Inc.

There’s loads of other intricate aspects that feed into this theory, like the power of corporations such as Buy-N-Large (BNL), which appears throughout Pixar’s filmography.

Pixar currently has two more films on the horizon — Onward and Soul — and it’s not yet known how these two will figure in the current theory. But I’m sure fans will find a way to fit them in.