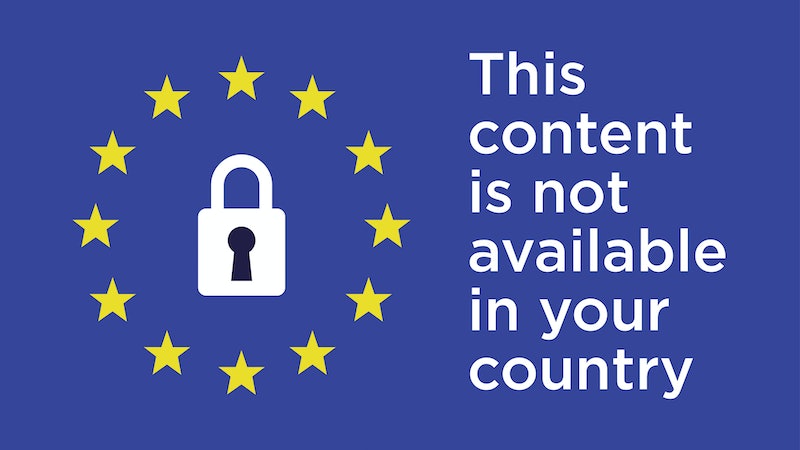 A world without memes is a world not worth living in. OK, that's maybe a little dramatic. But what would you even do on social media if you couldn't share memes and GIFs? Post content of your meals and the other minutiae of your everyday life in the style of your mum? Or become one of those people whose sole social media purpose is to complain to various companies? It doesn't bear thinking about. But new EU copyright laws may signal the end of the internet as you know it.

Over the past few months, you may have heard people talking about the European Union Directive on Copyright in the Digital Single Market. This fancy-sounding policy sets out legislation that aims to protect copyrighted work from being unfairly used. On paper, that doesn't sound like a bad idea, but one clause in particular has stirred up a huge amount of controversy.

Article 13 dictates that larger tech companies will be held responsible for anything that was posted without a copyright licence, reports the BBC. Currently, companies like Facebook and YouTube will remove copyrighted work if asked, but are not financially responsible for its upload. In reality, the new law — which has recently been backed by members of the European Parliament — will be difficult to enforce without the help of filters. And it is this piece of technology that could spell the accidental ban of memes.

When Article 13 was first announced, there was uproar over its impact on memes and GIFs. (These two social media pillars often rely heavily on copyrighted film and TV scenes.) However, the EU has declared that anything uploaded "for purposes of quotation, criticism, review, caricature, parody, and pastiche" will be exempt from the new copyright regulations.

But how are tech companies supposed to filter out memes from other copyrighted content? It'll be a difficult, if not impossible, task, and one that could see sites implementing super strict rules to avoid any costly bills.

As Wired explains, Article 13 specifically states that certain platforms will need to install upload filters. The only way a platform that hosts user-generated content will be able to avoid implementing these filters is if it ticks all three of the following boxes:

In summary, all of the most popular user-generated content platforms will undoubtedly be using filters.

According to European Parliament Rapporteur Axel Vos, this "is an important step towards correcting a situation which has allowed a few companies to earn huge sums of money without properly remunerating the thousands of creatives and journalists whose work they depend on. It helps make the internet ready for the future, a space which benefits everyone, not only a powerful few." A spokesman for YouTube, however, has said it will "hurt Europe's creative and digital industries," states The Sun.

The directive still has to be approved by all of the EU member states, reports the BBC. If such approval is given, countries will have two years from the date of publication to implement the legislation. Of course, who knows if the UK will or will not be in the EU by then. Perhaps all of this panic will be for nothing.

Still, please don't take away the memes. Anything but the memes.