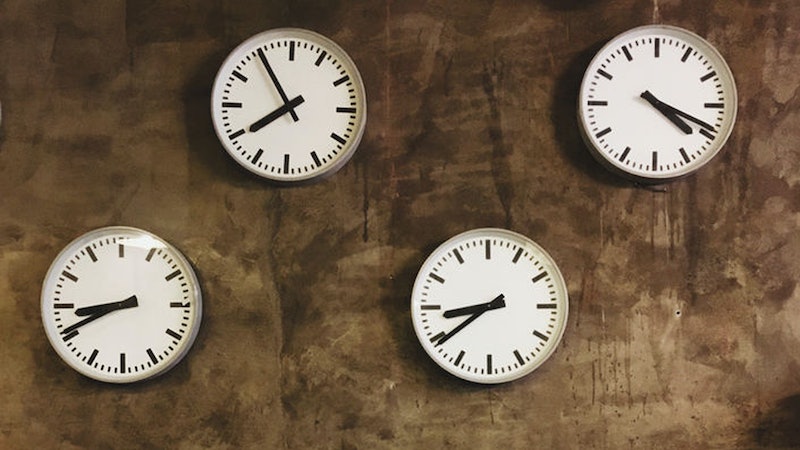 The clocks are set to go forward on Sunday March 31, marking the start of summer time in the UK. Although the UK has been changing clocks backwards and forwards for decades, the European Parliament has decided to put a spanner in the works, or should that be cogs? Under new legislation that has just been voted for, countries in the EU will have to decide whether they want to stick to a permanent winter or summer time system. So when will daylight saving time end?

Well, it's a bit of a tricky question, seeing as the UK is currently planning to leave the EU. The final clock change for all EU member states is set to take place in 2021. If Brexit is canceled, the UK will also be expected to stick to this date. This also applies if the UK is still in an extended Brexit transition period come 2021, according to the Guardian. Currently, the only way to avoid the change is to leave the EU pretty soon.

Of course, the UK may want to make things easier by going with the system decided by the majority of EU countries. It may even be forced to abide by Ireland's choice to steer clear of a time-related disaster. The European Parliament is unsurprisingly urging countries to coordinate, but one politician has already expressed disdain, reports the Times. "You would think they had other things to worry about without wanting to become time lords," commented Conservative MEP John Flack.

The reason daylight saving time exists in the first place isn't as simple as you might think. In 1916, Germany became the first country to use it in a bid to save energy during the First World War, per National Geographic. The Summer Time Act was passed in Britain the very same year. Biannual clock changes became part of EU law in 1996, states the BBC.

Obviously, having an extra hour of sunlight is nice and all, but the EU hope was that energy bills would be cut and trade and travel would benefit. As the BBC reports, the results — which include only small energy savings — have been rather disappointing.

In 2018, a public consultation was held to gauge people's thoughts on the process. A sizable 84 percent of respondents said they wanted Europe to stop changing the clock, even arguing it was detrimental to health.

As well as impacting people's body clocks, changing the time every March and October is considered to be a bit of a pain. How many times have you woken up late because you relied on your phone's automatic time change? And who hasn't booked a taxi at the wrong time after a big night out?

It's not clear which system most countries will opt for. Both have pros and cons. Having an extra hour of daylight in the evening could reduce road accidents and potentially save £485 million in electricity bills, reports the BBC. But losing this time in the morning could have an effect on certain places and professions. For example, northern parts of Scotland may not see sunrise until 10 a.m. in the winter. It'd also be difficult for farmers, builders, and postal workers.

Let's hope everyone can come together and make a universal decision. Or is that just wishful thinking?