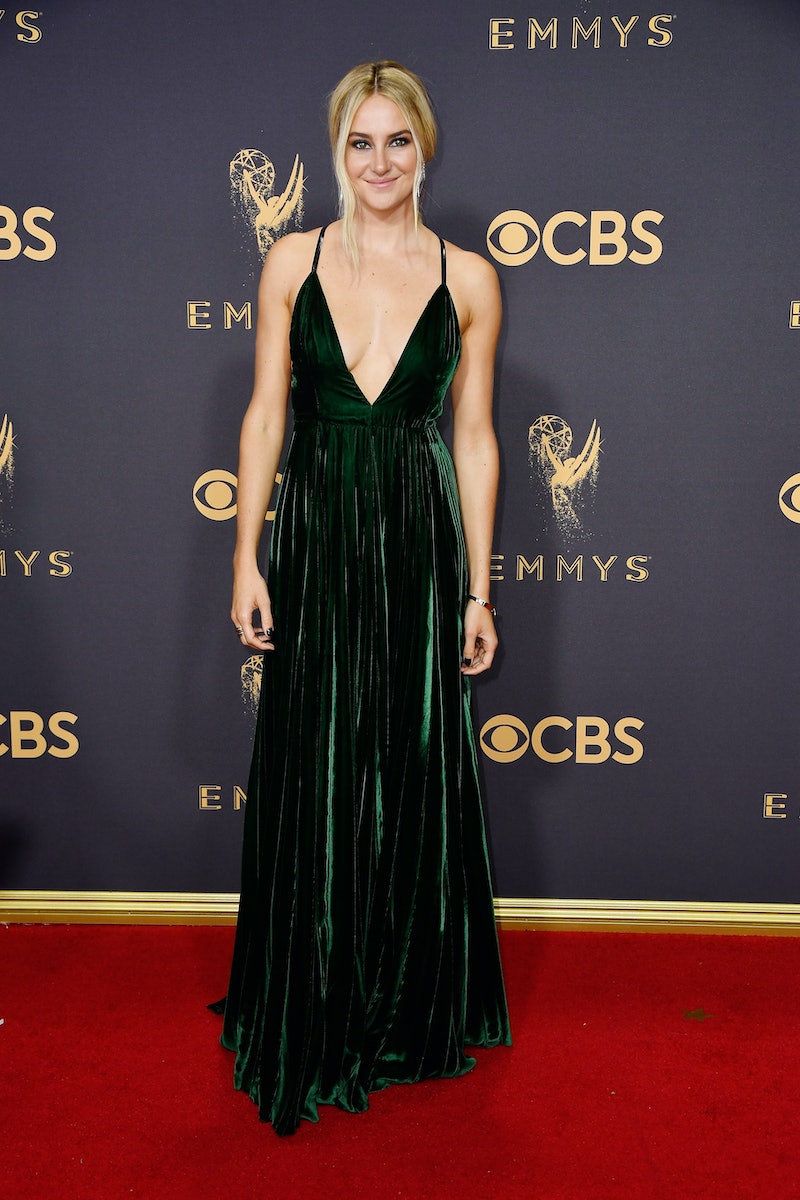 She probably didn't intend to stir up a fuss, but Big Little Lies Shailene Woodley got tongues wagging when she made a rather sharp remark about whether or not she watches TV. In revealing to E! News reporter Jason Kennedy that she doesn't own a TV and prefers to read books, Woodley's gentle controversy over watching TV versus reading, implying that watch TV was somehow indicative you were not as cool or cultured as if you read a book. But there's never been a reason to choose between one or the other; there is no war between the artistic mediums. You can do both, you can do one or the other, or heck, you can do neither. It's all up to you because cultural elitism is passé and your tastes are valid.

Woodley's comments are pretty sharp, even at face value. When Kennedy took her aside to chat with her about the Emmys and her own TV watching habits, Woodley laughed, asking "When do people have time [to watch TV]?". She then went on to qualify her rhetorical question, saying, "I'm a reader. So I always read a book instead of turning on my TV." The comment set Twitter abuzz, with many immediately perceiving Woodley's comments as some kind of dig at those who would rather get their entertainment from TV rather than books.

Woodley probably didn't mean her comment maliciously, nor did she intend for her comments to be construed as some kind of dig against the TV watchers of the world. So we shouldn't be too, too quick to criticize, even if her off-hand comment feels a bit rude or elitist; unintentionally and unnecessarily pitting one form of art against another will do that do you.

On the other hand, I can totally understand how Woodley's comments can be seen as weirdly elitist. I get how it's easy to stigmatize behavior that, on the surface, appears to just require you simply sit and look rather than sit and process words. It's easy, but it doesn't mean it's an entirely accurate assessment, considering TV has always found way to push conversations around intersectional socio-political issues, even without it blatantly being about that (see: Star Trek, The Mary Tyler Moore Show, and The Cosby Show). TV is continuing to make us this and question our world in the ways that books do, with recent and notable Emmys winners The Handmaid's Tale, Master of None, and Big Little Lies notably tackling queer identity, women's reproductive rights, and domestic abuse. Books have tackled these topics, too, and have done an equally great job unpacking them; to pit TV against books the way Woodley did so casually is to create a kind of falsehood about which art form is better.

This weird, fake, nonexistent culture war that's implied in Woodley's statement simply isn't true. You're not better simply because you choose to read books and you're not worse off for choosing to watch TV. Both literature and TV produce great works and they produce bad works and yes, they produce middling works. There's no guarantee that one medium is better than the other simply because one requires a different means of intake.

While Woodley's now classified herself as "a reader" and in the process implied that books are better than television (despite the irony of having launched her career on the hit TV show The Secret Life of the American Teenager and finding success this year on Big Little Lies), there's no reason to hold it against her. Sure, she fired off a comment that many TV lovers have taken issue with. But what she may have been driving at — a war between TV and books — is over because it's been nonexistent for a long, long time.

More like this
How Lady Gaga & Adele Are Closer To The EGOT All Of A Sudden
By Jake Viswanath
Jennette McCurdy’s First Kiss On 'iCarly' Didn’t Go As Planned
By Bustle Editors
The First Trailer For Zac Efron’s 'The Greatest Beer Run Ever' Is Action-Packed
By Charlotte Moore and Sam Ramsden
Dr. Anna Pou Is Still Practicing Medicine After Facing Murder Charges
By Brad Witter
Get Even More From Bustle — Sign Up For The Newsletter