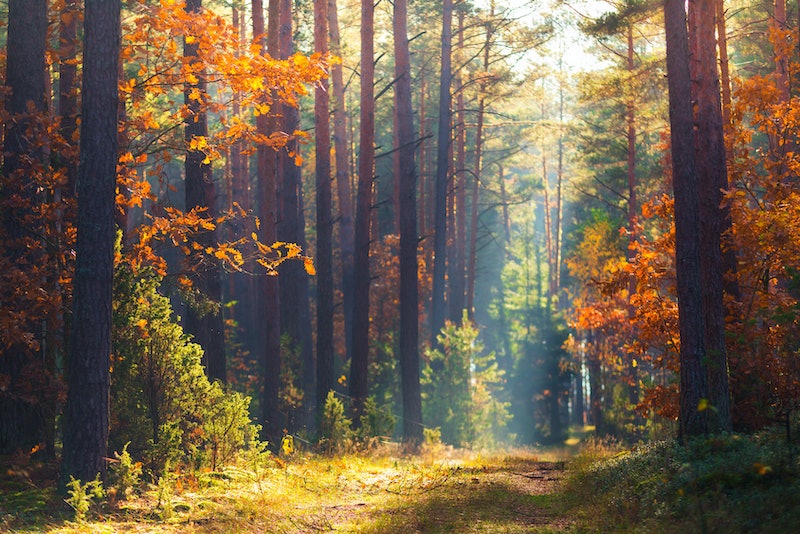 If you’ve ever found yourself wondering whether Bigfoot is real or not, we… still don’t really have an answer either way. But what we do have now is the FBI’s opinion on the matter: The FBI just released its file on Bigfoot to the public — and you can actually read it yourself online over at the FBI Records Vault. Depending on your own stance on Bigfoot’s existence, you may or may not like what the report has to say; it’s a fascinating read all the same, though — and, I mean, come on. You can’t tell me that the sentence “The FBI just released its file on Bigfoot” doesn’t pique your interest at least a tiny bit, right? We’re talking about one of the most infamous maybe-real, maybe-paranormal creatures of all time here — and the knowledge that the FBI actually investigated it.

Get out the popcorn, folks. We’ve got a lot of ground to cover here.

Legends featuring the enormous, hairy cryptid typically referred to as Bigfoot have existed for centuries. Indeed, Bigfoot features prominently in the tales of many Native cultures of North America — although, as the non-profit indigenous language preservation organization Native Languages of the Americas notes, there are a huge number of variations on the legend. The creature isn’t always called Bigfoot, either. In Coast Salish folklore, for example, there’s the Sasquatch, whose name has become more or less interchangeable with Bigfoot’s in modern popular culture; in Chickasaw legend, the Lofa is a “malevolent, ogre-like monster” often associated with Bigfoot; and in Cheyenne tales, there’s the Maxemista, which is hairy like the Sasquatch, but has the feet of a bird — to name just a few.

After the forcible takeover of what became the United States by white colonists, those same colonists began report sightings of the cryptid as well. As Popular Mechanics detailed in its extensive history of Bigfoot published in February of 2019, these sightings picked up in speed throughout the 19th and 20th century — but it wasn’t until the 1960s and ‘70s that the Bigfoot obsession really reached its peak. This was largely thanks to the Patterson-Gimlin film, a minute-long piece of footage shot by Roger Patterson and Bob Gimlin in 1967 which seems to show Bigfoot live in action. Many still cite the Patterson-Gimlin film as the strongest piece of evidence in favor of Bigfoot’s existence.

And now, it’s been confirmed that even the FBI got in on the craze when it was at its height. According to the newly-released file on Bigfoot, which arrived at the FBI Records Vault on June 5, 2019, the agency was involved in at least one very specific incident in Bigfoot history: An analysis of a biological sample thought at one point to belong to Bigfoot.

In the 1970s, Peter Byrne, a Bigfoot investigator who was then the director of the Bigfoot Information Center and Exhibition, followed up on a possible credible sighting of the famous cryptic and acquired a sample of several hairs and some skin as a result, reports the Washington Post. Byrne subsequently wrote to the FBI several times in 1976 asking if they’d perform an analysis of the hairs, which Byrne noted his group was “unable to identify.”

These letters make up the bulk of the file now available to the public via the FBI Records Vault. Indeed, the file deals primarily with Byrne’s quest to get the hairs analyzed, featuring a lot of correspondence between Byrne, Assistant Director of the FBI’s Scientific and Technical Services Division Jay Cochran, Jr., and Howard Curtis of the Academy of Applied Sciences in Boston, with which the Bigfoot Information Center and Exhibition was affiliated.

Initially, the correspondence mostly consisted of Byrne and Cochrane going back and forth — but eventually, the request was finally approved. In a letter Cochrane addressed to Byrne dated Dec. 15, 1976, he wrote:

“The FBI Laboratory conducts examinations primarily of physical evidence for law enforcement agencies in connection with criminal investigations. Occasionally, on a case-by-case basis, in the interest of research and scientific inquiry, we make exceptions to this general policy. With this understanding, we will examine the hairs and tissues mentioned in your letter.”

Cochrane also instructed Byrne where to send his hair and tissue samples, along with a request for any “available background information concerning the source of the specimen” he might have.

But according to the Washington Post, Byrne never received this letter. Howard Curtis of the Academy of Applied Sciences, however, did, so he sent along the samples. The analysis was duly performed, with Cochran writing back to Curtis on Feb. 24, 1977 with the results.

“The hairs which you recently delivered to the FBI laboratory on behalf of the Bigfoot Information Center and Exhibition have been examined by transmitted and incident light microscopy” for “root structure, medullary structure, and cuticle thickness,” said Cochrane. The hairs were also “compared directly with hairs of known origin under a comparison microscope” — after which the FBI was, in fact, able to make a determination: Wrote Cochran, “It was concluded as a result of these examinations that the hairs are of deer family origin.”

Alas, Byrne’s samples failed to support the existence of Bigfoot; they just belonged to a deer.

But perhaps most distressingly, Byrne never received the results, according to the Washington Post. The WaPo interview doesn’t really address why that might have been; however, it’s worth noting that according to Curtis’ letters in the file, Byrne may have been “out of the country for several months” at the time the analysis was conducted. Curtis accordingly asked that the results be sent to him instead. It does appear that Curtis fully intended to furnish Byrne with the results — wrote Curtis in a March 8, 1977 letter to Cochrane thanking him for the analysis, “Mr. Byrne is expected back from Nepal within a week or two and will receive copies of our correspondence” — but that seems not to have happened for whatever reason.

Byrne is 93 now — and he only found out that the analysis had been conducted at all, let alone what the results were, when the Bigfoot file dropped in the FBI Records Vault yesterday. It was, he said to WaPo, “disappointing,” but I suppose at least he’s got closure now. You can read the full file, which also includes some photocopies of the samples, over at the FBI Records Vault.

For the curious, the FBI Records Vault is the FBI’s FOIA Library. Originally launched on April 1, 2011 — “and not as an April Fool’s prank,” as the Washington Post put it shortly after it went live — it’s one of the electronic reading rooms government agencies falling under Freedom of Information Act purview have been required to provide to the public since 1996. The FBI Records Vault contains a whole wealth of information on diverse topics ranging from mobster Al Capone to the phenomenon known as Extra-Sensory Perception, or ESP. (Yep — the FBI has a file on psychic abilities.) Some 67,000 documents and other forms of media are available for anyone to read in the Vault, although it’s worth noting, as the FBI itself does, that “the contents of the files in the Vault encompasses all time periods of Bureau history and do not always reflect the current views, policies, and priorities of the FBI.” More files are being added all the time, too, though — and when they do, the FBI Records Vault Twitter account tweets both the name of the file and a link to it. Just like they did yesterday with the arrival of the Bigfoot file.

Check out the Vault here, and stay up to date on the latest additions to it here. Happy reading!