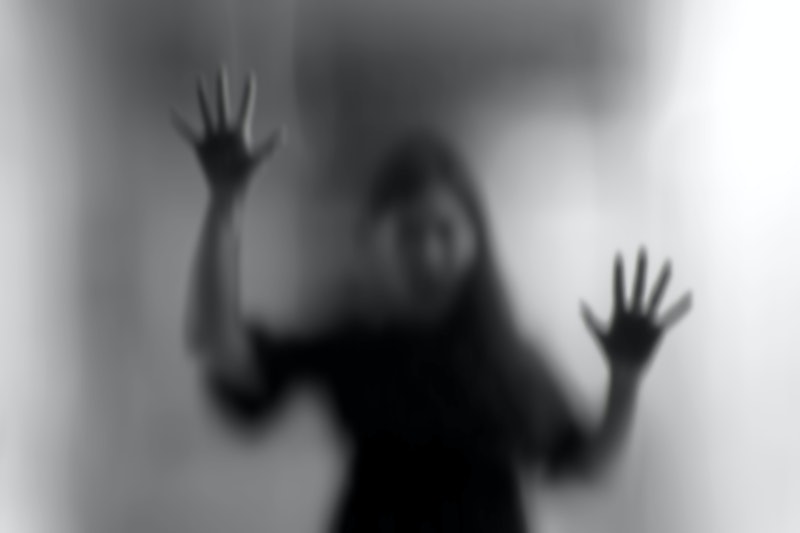 Every year around Halloween, high-octane haunted attractions pop up all over the United States. To many, they’re terrifying — but what if you’re not easily scared? What if your standard haunt just kind of makes you roll your eyes and yawn? Well, maybe you should give the Extreme Blackout event at Field of Screams in Pennsylvania a try. This is no typical haunt; indeed, the haunt is so extreme, you might get buried alive. Just temporarily, of course — but for many people, even just a minute spent in a coffin that’s actually been buried in the ground is one minute too long.

Are you up for the challenge?

Located in Mountville, Pa., Field of Screams has been operating since 1993: That year, brothers Gene and Jim Schopf opened the original attraction — the haunted hayride — on their family farm. From there, the whole thing snowballed. In 1995, they added a second attraction; the third came in 2002; and in 2013, the fourth came along. The whole operation has grown in scope considerably over the years, starting from a low-budget affair and growing into a huge, annual event.

The Extreme Blackout version of the haunt, meanwhile, first launched in 2015. Extreme haunted attractions — haunts that go beyond gore and jump scares, where you’re required to sign a waiver and where scare actors are not only permitted touch you, but will likely do terrible, terrible things to you — are nothing new; the Blackout Haunted House, which opened its first location in New York in 2009, brought the genre to the fore, while McKamey Manor, formerly located in San Diego but now operating out of Nashville, Tenn. and Huntsville, Ala., has been shocking audiences since the early/mid-2000s. (Blackout is currently on hiatus while the creators work on new experiences, although McKamey Manor is alive and well. No one has ever made it through the whole thing, although the current record holder lasted six hours. Yes, hours.) They’ve been growing in popularity in recent years, however, with a number of more traditional haunts seeking out ways to get in on the action.

Some of these haunts up the ante with an optional, add-on experience, like ScareHouse’s “The Basement” attraction in Pittsburgh. But while these additional attractions are typically available throughout the entire Halloween season, Field of Screams’ Extreme Blackout event takes a different tack: For one night only, the existing attractions all become much more intense. According to the Field of Screams website, patrons of Extreme Blackout “will be subject to new methods of torture, physical restraint, and isolation that are not a part of our regular season show.” You’ll be physically pushed around. You’ll be required to perform unusual actions or complete challenges in order to move on. You’ll probably get grossed out. And, of course, you have to sign a waiver to participate.

Field of Screams keeps the specific details of what the experience entails under wraps, but reviews of the Extreme Blackout night from past years provides some clues about what might happen to you, should you participate. In 2015, for example, Dread Central’s experience included people being “forcibly ‘chloroformed’ by a doctor,” “‘abducted’ by a character actor” and separated from the group, and “forced… into a ‘meat’ locker” and made to squeal like a pig in order to be released. The review also noted that during the hayride, several other patrons were “abducted off the wagon and taken into the dense cornfield” in which the attraction was set.

Blayde Reviews Horror offered a few more details of the hayride abduction during the 2015 edition of Extreme Blackout: Those who were taken from the wagon were “either hooded or handcuffed” and “required to participate in unknown activities in the cornfield.”

And according to Cosmopolitan, those “unknown activities” could very well include a short stay in a buried coffin. It’s worth noting that Cosmo’s news item might be a republished version of an older piece; although it’s dated Oct. 8, 2018, it states that this is “the second year Extreme Blackout has been put on,” despite the fact that 2018 marks the event’s fourth occurrence, according to Field of Screams’ current website. However, Cosmo does have a description of the Extreme Blackout event that appears to be from an older version of the haunt’s website:

“This is an extremely intense version of the four 'Field of Screams' Haunted Experiences. The lights will be turned down and the intensity level will be cranked up. Guests will be subjected to new methods of torture, physical restraint, and isolation that are not a part of the regular show. For example, during the hayride, select guests will be escorted off the wagon, taken to a cornfield, and buried (temporarily) in coffins. Guests can also expect to be locked in cages and tortured with chainsaws.”

This specific example is absent on Field of Screams’ website as of Oct. 8, 2018; instead, the description of the event reads:

“This is an extremely intense version of the four Field of Screams Haunted Experiences. The lights will be turned down and the intensity level will be cranked up! PREPARE TO BE TERRIFIED!! … On Friday Nov 9th only, all 4 attractions of the Field of Screams show will be darker, more intense, and hands-on! You will be subject to new methods of torture, physical restraint, and isolation that are not a part of our regular season show. Extreme scare tactics and fear-inducing techniques will be incorporated as part of your Extreme Blackout experience.”

As such, there’s some question about whether the whole “buried alive” thing actually happens in the 2018 version of Extreme Blackout. Either way, though, I’d argue that just knowing that it has happened in the past adds a certain element of fear to the whole thing. Whether or not it will happen remains to be seen; it could happen, though — and maybe the possibility is enough.

Interestingly, even before experiences like Extreme Blackout, The Basement, McKamey Manor, and the Blackout Haunted House actually arrived on the scene, stories were passed around claiming the existence of something similar: It was said that somewhere — maybe in Chicago, or in St. Louis, or maybe Dallas — there was a haunted house that was so frightening, you’d get your money back if you made it through. None of the stories were true, of course; they’re all versions of an urban legend known as “The Chimera House.” But veterans of the haunt industry report they’ve been hearing the stories since at least as far back as the late 1980s — and it’s no doubt fascinating that, even if the current crop of extreme haunts don’t typically offer reward for completion, they still follow in the spooky, terrifying footsteps of the Chimera House of legend.

According to the legend, by the way, no one has ever completed the Chimera House.

Tickets for Extreme Blackout at Field of Screams can be purchased online in advance for $45 or at the gate for $50 (if it doesn’t sell out before then). Also note that regular Season Scream Passes aren’t valid for Extreme Blackout; you’ll need to get a separate ticket for it to attend. The event only happens on one night — Nov. 9, 2018 — so if you want to go, act fast.

Just, y’know… be prepared. You’ll be in for a rough night.

More like this
How To See The Lunar Eclipse On May 15-16, 2022
By Kaitlyn Wylde
The 6 Best Air Conditioner Alternatives
By Vanessa Spilios
If Your Refrigerator Is A Mess, These 25 Organizing Products Can Help
By Courtney Young
Here's Your Daily Horoscope For May 23, 2022
By Mecca Woods
Get Even More From Bustle — Sign Up For The Newsletter