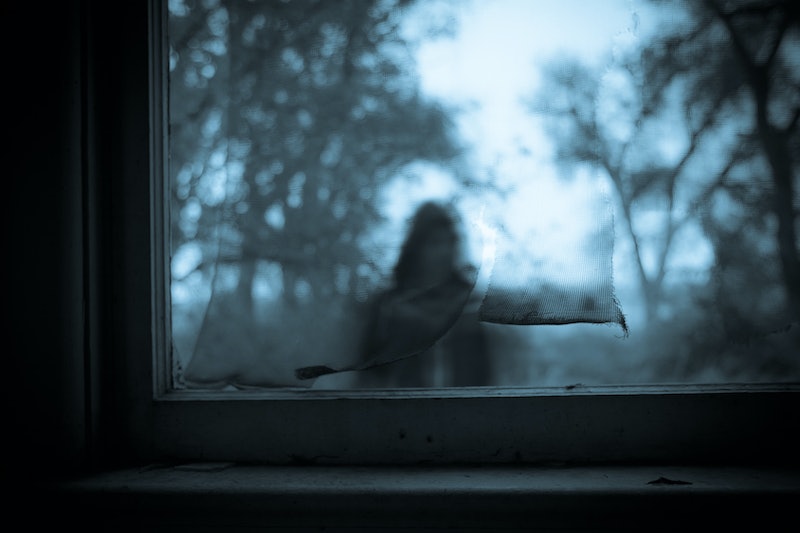 I love a good haunted house story. From real-life, reportedly haunted locations to classics like The Haunting of Hill House, and from creepy YouTube videos to the high-octane haunted attractions that have become all the rage during the Halloween season — well, let’s just say I’m one of those “can’t get enough of ’em” people. As such, it’s perhaps unsurprising that one of my favorite creepypastas, “NoEnd House,” is about a haunted house... but is “NoEnd House” real?

Maybe we should approach it from a different angle. Because the answer to, “Hey, is this particular creepypasta real?” is pretty much always “HECK NO,” it’s clear that when we ask the question in the first place, we’re actually trying to get at something else: Whether or not the story has its roots in something real, why we find it so freaky, and — perhaps most importantly — what exactly is it about the story that makes us entertain the idea that it might be real, even though we know in our heart of hearts that it’s not. It’s almost more an examination of fear itself than it is a question about whether or not some weird story we read on the Internet could possibly be true.

Or maybe that’s just me.

In any event, though, let’s take that formula and apply it to “NoEnd House.”

Credited to Brian Russell, “NoEnd House” first appeared on 4chan roughly five or six years ago. It begins with a familiar setup: The narrator, David, is told about the existence of something seemingly unbelievable by a friend or acquaintance. In this case, the Unbelievable Thing is a haunted attraction that’s so scary you win $500 if you make it all the way to the last room; it’s called “NoEnd House” because no one has ever made it that far. (Or at least, that's why we think it's called "NoEnd House," although there's a double meaning if you look a little closer). The messenger, however, is untrustworthy, so David doesn’t just scoff at the story — he decides he’s going to straight-up debunk it.

You can see where this is going, right?

At first, NoEnd House is laughably un-scary: Room number one resembles the Halloween aisle of a big box store, while room number two features a generic spooky soundtrack that came from the dollar store. But room three is… different. David feels uneasy approaching it, like he doesn’t want to open the door. When he does open it, he finds nothing but shadows… but the shadows are not what they seem.

Things continue to progress poorly, getting more and more terrifying with each passing “room” — and I use the word “room” loosely, because some of those spaces? They're not just rooms. When David opens the door to room seven, though, he finds himself outside — not a simulated outside, which he had experienced in a previous room, but actual outside. He assumes this means he made it through the house, but he doesn’t care about the prize anymore; he doesn’t even attempt to find anyone to collect it, instead heading directly to his car to drive home. He's that freaked out.

But “home,” it turns out, isn’t home. It’s room number seven. And it confronts him with horrors he can’t even begin to deal with. And the rooms continue after that, too. By the time we get to the end of the story… well, let’s just say that it’s doubtful David will ever make it out of NoEnd House. And if he does, he might not even realize it.

Interestingly, though, the point of interest here is less about whether NoEnd House itself is real and more about whether the kind of haunt it is exists. Are there actually high-octane haunted attractions out there that are so scary, they’ll pay you for completing it?

Hate to break it to you, but the answer is mostly…

Nope. The answer is nope. Even Chewy knows it's a big ol' nope. But there's still a lot of fascinating stuff to unpack here, so let's dig a little deeper.

As we discovered sometime around Halloween in 2015, “NoEnd House” is essentially the modern version of an old urban legend — one that tells of a haunted house so frightening that there’s some kind of reward for getting through it. As is the case with all urban legends, the details about these supposed haunts vary: Sometimes it’s said that your ticket price is refunded if you finish the house; sometimes you get a flat fee for finishing it, as is the case with “NoEnd House”; or, sometimes you’re given a specific dollar amount for each floor you complete. The location, too, might change depending on who’s telling the story: It’s a haunted hospital in Ohio — no, it’s in Detroit, and it occupies a five-story abandoned building — no, it’s 13 stories tall, and it’s in Chicago — no, it’s called The Chimera House and I have no idea where it is. No matter where it’s located or what the exact gimmick is, the haunted house’s main claim to fame is the fact that, despite the handsome reward, no one has ever managed to finish it.

But as far as I can tell, no such haunt has ever existed. Myth-busting databse Snopes dates the legend back to the mid-1980s; and indeed, Leonard Pickle of Haunted Attraction magazine recalls having been asked while working a haunt’s ticket booth in 1987 about whether there was a house somewhere in Dallas that gave you your money back for making it through in a certain amount of time. People continued to ask him for the location of the haunt year after year, the stories growing more and more wild with each passing season; and what’s more, the tale seemed to travel all over the country. All in all, he reports having heard the legend pretty much nonstop for almost 30 years, everywhere from Dallas to Los Angeles and from St. Louis to North Carolina. Pickles believes the legend kicked up somewhere around Kansas City, citing the area’s many multi-story haunts as inspiration; this is just a theory, though, so it’s still possible that the story may have originated elsewhere.

In any event, though, the legend has become so prevalent that a number of actual haunted attractions have begun including statements on their FAQ pages declaring that, no, they’re not the haunted house that hands out rewards for completion, and no, as far as they know, those kinds of haunts don’t even exist at all. Netherworld in Georgia has one such notice, for example; 13th Floor in Texas has another. Additionally, the website Haunt Freaks (which is now defunct, but viewable via the Wayback Machine) debunked a radio broadcast by Philly station Q102 in the early 2000s that claimed to have been made live at a finish-it-and-get-your-money-back house in the Philadelphia area. (The broadcast was a hoax, not unlike Orson Wells’ now-infamous War of the Worlds broadcast.)

That said, though, there are a couple of real haunts that go by the spirit of the legend, if not the letter. The Blackout attraction, for example, has a reputation for the extreme — the actors will touch you, they will get in your face, and they might have you perform some extremely questionable actions. Additionally, back in 2006, a Kentucky haunt called The Panic Room allowed patrons to opt into an additional room in which they would be asked to “eat something, drink something, and do something” in return for their money back.

Oh, and “Money-Back Haunt” has been officially registered, so if you wanted to launch something under that banner, you’d be able to do so if you paid the licensing fee. I suspect, though, that the name would be a marketing tool more than anything else, for a few reasons: First, considering how expensive it would be to run a haunted house so scary it returned your money to you afterwards, it’s unlikely that such a haunt would be realistically feasible; and second, if it’s not realistically feasible, then an awful lot of people would likely be getting their money back. Since that’s not a sustainable business model, I’d bet that some kind of loophole would make it next to impossible for patrons to actually get their money back.

That’s just my own personal theory, though. Never having encountered an officially licensed Money-Back Haunt before, I know nothing about their inner workings — or whether anyone has actually produced one yet.

But Then There's This...

One other item of note: I keep seeing mention of a haunt in Warren, Michigan, called Urban Legends that allegedly refunded your ticket if you could find the hidden room tucked away somewhere in the attraction. But that’s all I’ve found — mentions amounting to one or two sentences here and there, all saying something to the effect of, “Hey, this haunt existed, and it had this gimmick." A site called Horror Seek does have a listing for it, along with an address (Dequindre and 12 Mile), a website, and a contact email; the website is defunct, though, and also I have no idea how legit a source Horror Seek is. (My guess is not very). I reached out to the email address provided, but it bounced a couple of times before failing completely.

But I've found no accounts from anyone who ever went through the haunt, no reviews, no advertisements, not even any random newspaper clippings; furthermore, while it’s true that there was an Urban Legends haunt in Detroit a few years ago, the address listed for it (11850 Woodrow Wilson) is about 25 to 30 minutes away from Warren, according to Google Maps. Assuming that the Urban Legends haunt with the alleged hidden room is not the Detroit one, I’m inclined to think that it’s yet another part of the legend — even the name of the attraction might be a cheeky nod to the idea that it is, itself, an urban legend. The jury’s still out on that one, though, so do with it what you will.

Brian Russell wrote two sequels to “NoEnd House,” by the way; I don’t think they’re quite as effective as the original (I pretty much always prefer having a few questions left unanswered to getting the whole thing explained to me), but for the curious, they can be found here and here.

Now if you’ll kindly step over here, we can see what lurks behind door number one.

More like this
Andie From 'How To Lose A Guy In 10 Days' Is A Total Gemini
By Nina Kahn
The 3 Best Heated Steering Wheel Covers
By Margeaux Baulch Klein
Ashamed Of Your Screen Time Stats? Here's How To Change That
By Alexis Morillo
6 Anti-Police Brutality Organizations You Can Support Right Now
By Syeda Khaula Saad and JR Thorpe
Get Even More From Bustle — Sign Up For The Newsletter
From hair trends to relationship advice, our daily newsletter has everything you need to sound like a person who’s on TikTok, even if you aren’t.