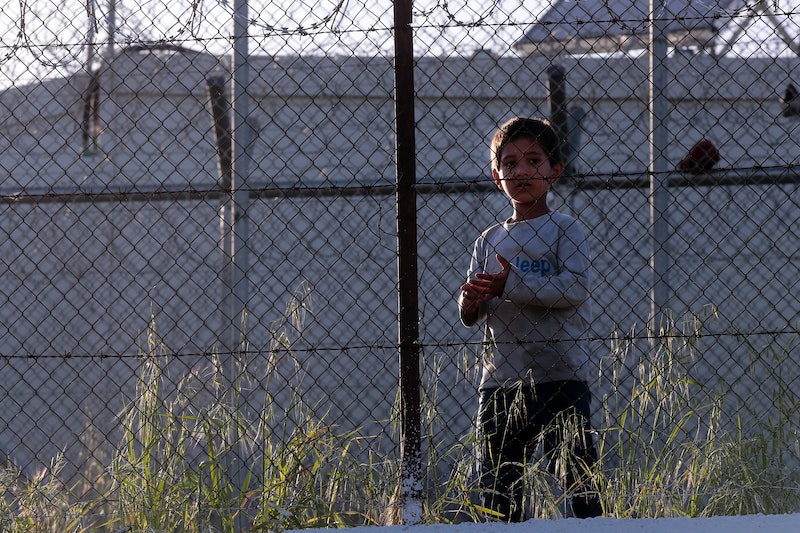 You're not likely to see any video of migrant kids — most of whom don't speak English — defending themselves inside immigration courtrooms. That's because the Department of Justice forbids it in spaces for the Executive Office of Immigration Review. The reality of it is easy to gloss over, but one non-profit legal firm is determined to show how gut-wrenching the process can be. Based on actual court transcripts, the film Unaccompanied depicts how migrant children defend themselves alone in court.

The not-for-profit immigration law firm, Immigration Counseling Service, produced a roughly four-minute film called Unaccompanied: Alone in America, showing the re-enacted experiences of unaccompanied children left to defend themselves in front of a judge without parents, lawyers, or even an understanding of what a lawyer is.

“I was stunned at the obstacles [the children] faced alone, and the disregard for their basic rights,” wrote producer and filmmaker Linda Freedman on the film's website. “I know in my heart that this film will find those of you who will rise up, as you always do, to help your fellow humans in their time of need. When one child hurts, we all hurt, and to quote a fellow love-warrior: There is no such thing as other people's children."

In the film, the children don headphones to hear the translation of the judge's words. "The government charges that you're a native citizen of El Salvador and that you are present in the United States without legal permission or parole. Have you talked to an immigration attorney?" asks the judge to a teenage girl in the video.

In another case, a small boy, whose legs aren't yet long enough to touch the ground from his chair, faces the judge. "Do you understand what these proceedings here in court are all about? Do you know what a lawyer is? Do you have a lawyer?" the judge asks. The boy hesitantly shakes his head to each question.

Unaccompanied pits the defenselessness of the children against the United States government which, the producers emphasize, has a lawyer present in each of the proceedings.

On the film's site, Freedman wrote that "under U.S. law, children arrested for entering the U.S. illegally, have no right to a court-appointed lawyer," a ruling that applies to children who cross the border with their parents, according to The Hill. The ruling from the 9th Circuit Court of Appeals came in January of 2018 amid outrage from immigration advocates, who pointed out that criminal defendants, regardless of their citizenship status, have the right to government-funded legal representation.

Freedman also pointed out that though most children "don't speak or understand English, they have no access to translators," and that the kids certainly "don’t understand U.S. immigration laws...so complex, most adults aren’t able to comprehend them." According to Snopes, courts do "provide translators, if necessary, but most protections and services for children are at the discretion of judges, who may not always feel compelled to allow access.

According to the American Bar Association, having a lawyer can lead to a drastically different result. A study revealed that more than 80 percent of the children who did not have lawyers were deported. When the children did have lawyers, only about 25 percent were sent back. The sharp contrast in outcome is the very point the film Unaccompanied makes to spotlight the vulnerability of the young children.