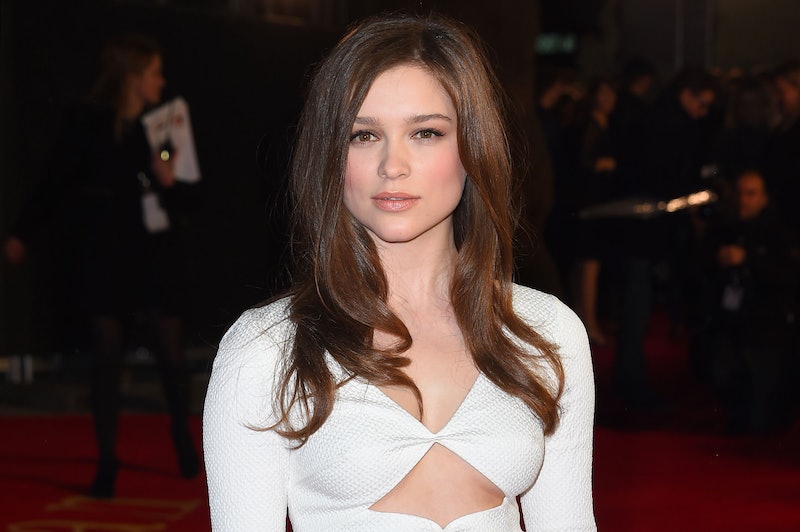 The BBC's latest drama takes viewers behind the headlines to tell the infamous true story of model Christine Keeler, looking at the sexual and cultural politics of one of the most revealing and iconic tales of the modern era. The cast includes the likes of James Norton, Emilia Fox, and Ben Miles, and the latest on-set photo of Sophie Cookson as Christine Keeler gives viewers a sneak peak into what promises to be a brilliant addition to our winter TV lineup.

Cookson, who you might recognise from Kingsman: The Secret Service and Red Joan, leads the cast of the BBC drama, and will portray the character of Keeler — a young model who found herself at the centre of a media scandal back in 1961. The scandal is often referred to as the Profumo Affair, and first emerged after Keeler's affair with the Minister for War John Profumo came to light. As the Express reports, the press made several more shocking revelations while investigating the affair, and discovered that Keeler had also been dating a Soviet naval attaché named Yevgeny Ivanov.

A BBC synopsis describes Christine Keeler as a young woman who refused to play by the rules in a "powerful, male-dominated establishment," and Cookson has previously expressed her delight at being selected to take on the role.

In a statement released shortly after landing the role, Cookson praised screenwriter Amanda Coe for creating an "illuminating script about a vivid, complex woman." The actor is joined in the show's cast by Grantchester’s James Norton, who plays the notorious celebrity osteopath Stephen Ward, while the The Crown's Ben Miles will portray the character of Jon Profumo — a central figure of the 1961 scandal, which has been brought to life on screen twice before, most notably in the 1989 film Scandal starring Sir Ian McKellen and John Hurt.

As it stands, a release date of The Trial of Christine Keeler is yet to be announced. However, the series is expected to arrive on BBC One soon, so we don't have too long left to wait before this juicy new drama makes its debut.

More like this
This First Look At 'The Gold' Shows Jack Lowden In A Whole New Light
By El Hunt and Sam Ramsden
'The Last Of Us' Has Officially Been Renewed For Season 2
By Darshita Goyal
'Abbott Elementary' Fans Probably Missed This 'Parent Trap' Easter Egg
By Sam Ramsden
9 Time Catherine Cawood Was An Absolute Badass In Happy Valley
By Sophie McEvoy
Get The Very Best Of Bustle/UK
Sign up for Bustle UK's twice-weekly newsletter, featuring the latest must-watch TV, moving personal stories, and expert advice on the hottest viral buys.