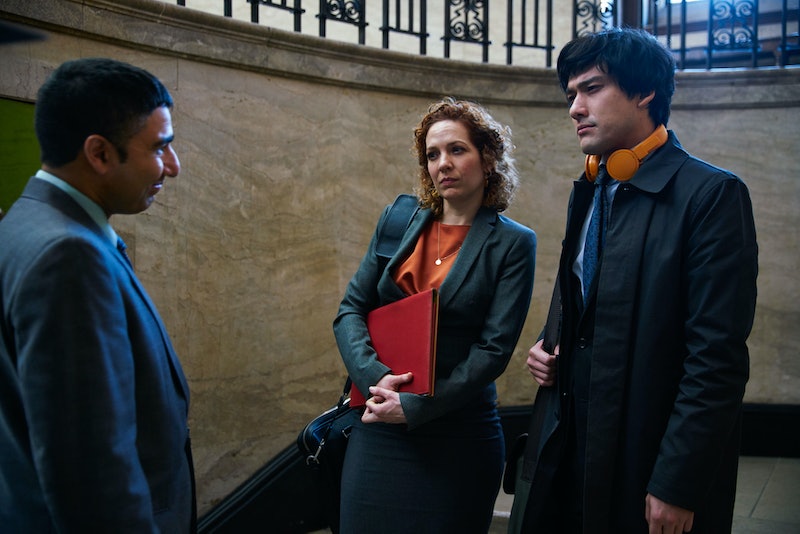 Watching drama after drama can be exhausting, regardless of how amazing they may be. Thankfully the BBC seem to have taken this into account, as they've been following their dramas with the fantastic comedy series Defending the Guilty. But as the last episode is airing tonight, will Defending the Guilty return for series two?

There isn't a whole lot on the web regarding its future, but a rep for the show tells Bustle that there should be an announcement later today. I'll keep you posted with what that may entail. When Defending the Guilty first premiered last month, it pulled in 605,000 viewers according to Broadcast Now. This is reportedly more than tuned in to watch the show's pilot, which aired last year.

Whether or not this number increased or stayed the same throughout the series run is unclear, but it's a pretty decent viewership for the debut of a new show. As the Evening Standard points out after the first episode premiered the rest of the series was made available on BBC iPlayer, but continued to air weekly on BBC Two as well.

Defending the Guilty has also been received fairly positively by critics, which will definitely improve its chances of being picked up for a second run — especially if you think about its setting. The world of criminal law is vast, and so are the numerous cases that find their way into the courts. The series could easily continue into multiple seasons, much like Scrubs or The Thick Of It.

It also helps when you've got a writer that's familiar with the world the series inhabits, as is Defending The Guilty's Kieron Quirke, whose father and uncle are both barristers. He was also close to becoming one as well. "From my perspective, there's something gloriously bleak about the barrister's daily life," Quirke told legal blog Counsel of Perfection last month.

"It's such a surprise to people, conditioned by TV drama. I think the show captures a lot of that bleakness, but in truth, we wanted people to enjoy watching, and so the court surroundings are never of the worst kind."

More like this
Owen Warner's Net Worth Might Surprise 'I'm A Celeb' Fans
By Sam Ramsden
Our First Look At 'Vardy V Rooney: A Courtroom Drama' Doesn’t Disappoint
By Bustle UK
'Waterloo Road' Is Back, With More Than A Few Familiar Faces
By Sam Ramsden and Vivian Iroanya
Idris Elba "Breaks Out" Of London In 'Luther' Film First Look
By Sam Ramsden
Get The Very Best Of Bustle/UK