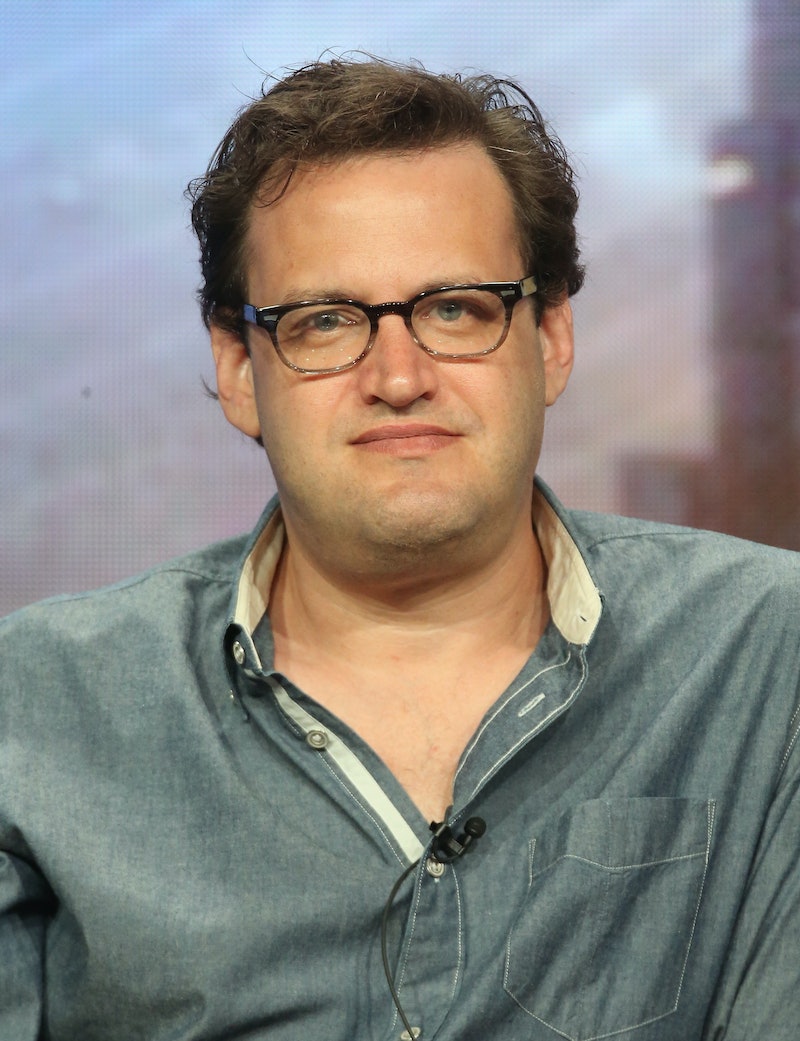 On Wednesday, Deadline reported that Andrew Kreisberg has been fired by Warner Bros. TV Group following sexual harassment allegations that first came about on Nov. 10. Kreisberg is the co-creator and executive producer of CW's The Flash, Supergirl, Legends of Tomorrow, and Arrow. The studio released the following statement to Deadline:

After a thorough investigation, Warner Bros. Television Group has terminated Andrew Kreisberg’s employment, effective immediately. We remain committed to providing a safe working environment for our employees and everyone involved in our productions.

Bustle has reached out to an agent for Kreisberg for comment on the allegations and on his firing, but did not receive a response at the time of publication. Kreisberg previously denied the allegations of inappropriate behavior in a statement to Variety. It reads in part:

“I have made comments on women’s appearances and clothes in my capacity as an executive producer, but they were not sexualized. Like many people, I have given someone a non-sexual hug or kiss on the cheek.”

Berlanti and Sarah Schechter (their Berlanti Productions produces the dramas based on DC Comics for Warner Bros.) reacted to Kreisberg’s firing in a statement also released to Variety. “Warner Bros. Television Group recently concluded its investigation into the allegations against Andrew Kreisberg," the statement reads. “We encouraged and supported this investigation, we believe and support the individuals who came forward, and we agree with the studio’s decision. Nothing is more important to us than the safety and well-being of all our colleagues — coworkers, crew and staff alike.”

In early November, Variety reported sexual misconduct allegations were made against Kreisberg by 19 individuals — 15 women and four men — who all previously worked with him. These accusers either allegedly experienced sexual misconduct from Kreisberg directly or allegedly witnessed what he’s been accused of: “inappropriate touching and endemic sexual harassment.”

Following the allegations, Kreisberg was suspended. In a statement given to Variety at the time of his suspension, Warner Bros. TV Group said,

“We have suspended Mr. Kreisberg and are conducting an internal investigation. We take all allegations of misconduct extremely seriously, and are committed to creating a safe working environment for our employees and everyone involved in our productions.”

In addition to the statement Kreisberg gave Variety after the allegations came out, he denied to the outlet “that any inappropriate touching or massages occurred.” His statement continued: “I have proudly mentored both male and female colleagues for many years. But never in what I believe to be an unwanted way and certainly never in a sexual way.”

Following the allegations and his suspension, many of the stars from the shows Kreisberg formerly worked with spoke out. Although never mentioning Kreisberg by name, Arrow lead Stephen Amell said in a Facebook Live video on Nov. 13,

“If anyone ever feels anything less than 100 percent safe, or anyone feels as though they aren’t allowed to express themselves and be the person that they are, that they should come to whomever they’re supposed to go to, and I’ll stand right beside them, right behind them. I’ll speak on their behalf if need be.”

Many of the women from these CW shows also spoke up, including Supergirl star Melissa Benoist. In a Nov. 12 Instagram post, she said,

“I believe lasting change is possible, and when people are mistreated, they should have a safe forum to speak their truth and always be heard. And when people commit crimes or harass others, they should always be held accountable — no matter what industry they work in or how much power they wield. I’ve spoken up about it in the past — publicly and not so publicly — and I’ll continue to do so. All of us should, without fear or shame.”

Kreisberg’s firing follows many other men who have faced consequences for alleged sexual misconduct.

More like this
Sandra Bullock, Girlboss Extraordinaire
By Matt Harkins & Viviana Olen
Spice Girls’ Net Worth: The Richest Member Is Wealthier Than The Rest Combined
By Hugh McIntyre
20 Photos From The 'Stranger Things' Season 4 Premiere To Make You Feel Old
By Alyssa Lapid
Marvel's 'She-Hulk' Trailer Is Finally Here & The Hulk Lends A Big Helping Hand
By Grace Wehniainen
Get Even More From Bustle — Sign Up For The Newsletter