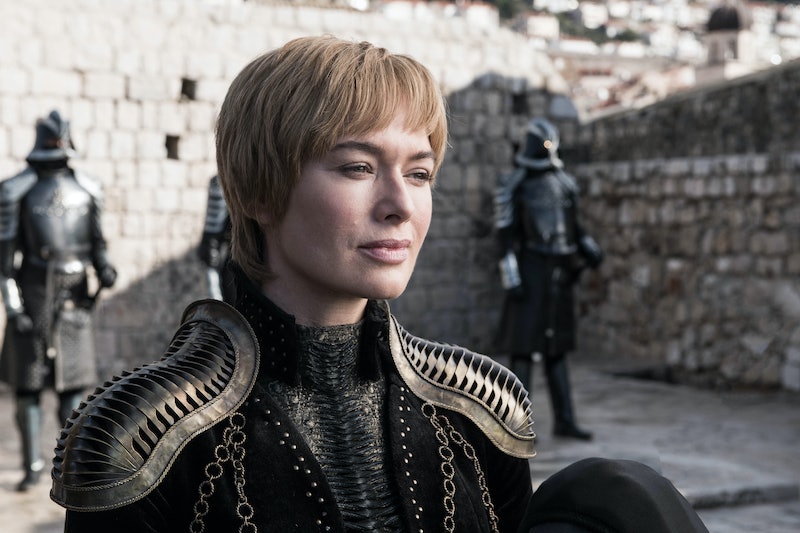 As eager as we all are for Game of Thrones to return, it's difficult not to find the prospect a little bittersweet since it'll mean the end of the series is drawing that much closer. With only six episodes remaining, Season 8 is guaranteed to deliver some truly action-packed, must-see moments, which means you won't want to miss a single second. That's why knowing the Game of Thrones Season 8 schedule would come in handy, allowing you to savor your time in Westeros for as long as possible.

Thankfully, HBO has made carving out your Game of Thrones time on Sunday nights fairly easy this time around. The network has already confirmed the air dates for all six episodes, which will run consecutively when the final season kicks off on Sunday, April 14. From then on, you will get to experience six glorious weeks of Game of Thrones content before watching these characters take their final bows. (That is, if any of them are still alive and capable or taking a final bow. But that's a concern for another day.)

It's also worth noting that each episode will have slightly different run times, so it's important to make sure you have all of that information ahead of time, so you can fully immerse yourself in the storylines.

So when exactly does each episode air and for how long? Here's an easy to read guide that should help clear up any questions you have on the matter:

As you can see, the premiere will serve as the shortest episode of the season while Episode 3 is looking to be the longest. Could this be a clue that the Battle of Winterfell will take place during that time? The fight against the Night King and his Army of the Dead is said to be one of the longest battle sequences in TV history, so it would make sense for it to take place during the episode that has the longest running time. But since the episode titles have yet to be announced at this point in time, this is all just pure speculation and guesswork.

And yes, as you can see, the Game of Thrones series finale will end up taking place on Sunday, May 19, so you might as well clear your schedules right now because there's no way you're going to want to focus on anything else that day, or in the many days to come, for that matter.

Saying goodbye to show that has dominated so much of our pop culture intake over these past eight years will be difficult. But even if we can't possibly begin to predict how this is all going to end, at least this schedule will ensure that we tune in each week to see how it all unfolds. For better or for worse.