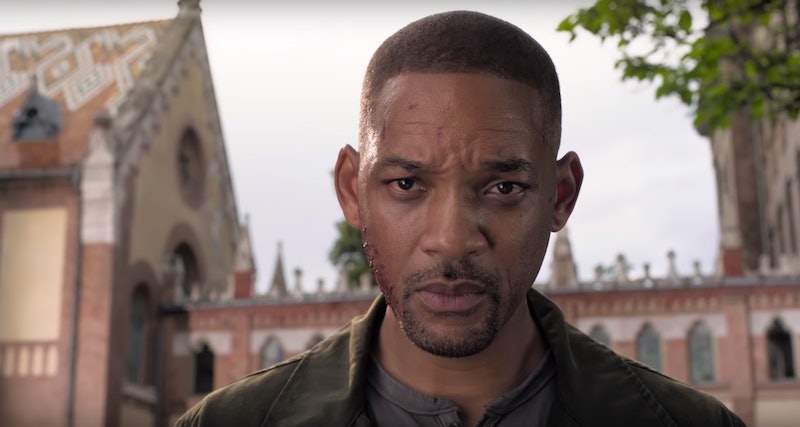 What sets the action movie Gemini Man (out Oct. 11) apart from the standard-issue "assassin-versus-assassin" flick is that one of the assassins in question is actually a clone of the other. Veteran assassin for the Defense Intelligence Agency, Henry Brogan (Will Smith), finds himself targeted by the unlikeliest of assailants: a 23-year-old clone of himself named Junior (also Smith). Junior is also in the employ of the DIA, so it would seem that someone really doesn't want Henry to retire. A side project called "Gemini" is being funded by the agency in secret, seeing to the creation of clone soldiers who don't share human weakness. The Gemini Program in Gemini Man isn't real, but there are existing projects with somewhat similar goals.

But let's talk about the clone aspect of it all first. While there's no official record of viable human clones existing in the world, researchers have tried to submit their claims to having successfully cloned humans. Regardless, according to the National Human Genome Research Institute (NHGRI), "there currently is no solid scientific evidence that anyone has cloned human embryos."

Some of those unverified claims include a 2004 paper published in Science asserting that scientists in South Korea had managed to clone a human embryo in a test tube. "However, an independent scientific committee later found no proof to support the claim and, in January 2006, Science announced that Hwang's paper had been retracted," writes the NHGRI. Additionally, as of 2017, the NHGRI states explicitly that "NHGRI researchers have not cloned any mammals and NHGRI does not clone humans."

By the same token, there aren't any declassified military records of anything resembling the Gemini Project or human clone experimentation in general. In the film, Clay Varis (Clive Owen) — the man behind Junior and the Gemini project — becomes heavily invested in the use of clone soldiers because he believes it saves "real" human lives. It's compelling mission, ethical and existential crises aside, and that desire to preserve life is something that echoes in some of the more intriguing research conducted by real-life government intelligence agencies.

Michael Goldblatt, who led the Defense Advanced Research Projects Agency (DARPA)'s Defense Sciences Office (DSO) from 1999 to 2004, shared one example of a potentially life-saving experimental treatment with The Atlantic's Annie Jacobsen. She writes that it "involved injecting millions of microscopic magnets into a person, which could later be brought together into a single area to stop bleeding with the wave of a wand." To this day, DARPA continues to experiment with similar bio-hacking methods through something called the Brain Research through Advancing Innovative Neurotechnologies (or BRAIN) Initiative, which they say will benefit not only soldiers but the general public as well.

As for the real DIA, one of their more widely-known projects had them working with the Central Intelligence Agency to "establish a program using psychoenergetics for intelligence applications," per their official site. Specifically, the program explored the concept of "remote viewing," or, in other words, the surveillance of distant targets by use of extrasensory perception (ESP). This program was known as the Stargate Project, and was referenced in 2009's The Men Who Stare at Goats, starring Ewan McGregor, George Clooney, and Jeff Bridges.

So though Gemini Man may raise some interesting discussions on what defines life, there's no reason to fear coming face-to-face with your own double anytime soon.