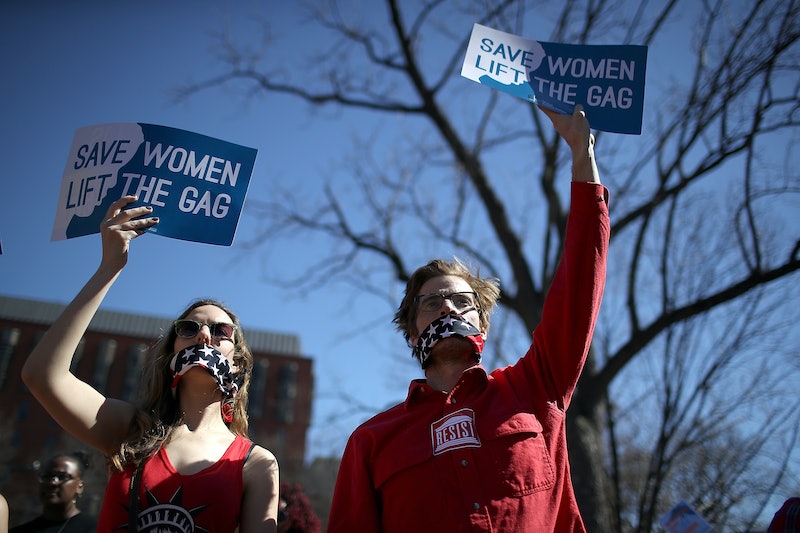 For decades, Democratic and Republican presidents have played tug of war with legislation, known as the Mexico City Policy of the Global Gag Rule, that prohibits U.S. funds from being allocated to foreign non-governmental organizations that provide abortion services, counseling, or information. While Democratic presidents would rescinded the policy, every Republican president elected since 1985 has re-instated it, including Donald Trump, who rolled out an expanded version of the rule in 2017. Now, new legislation, known as the Global HER Act, would permanently repeal the Global Gag Rule if passed.

Democrats Sen. Jeanne Shaheen and Rep. Nita Lowey launched a bipartisan and bicameral reintroduction of the Global Health, Empowerment, and Rights (HER) Act on Thursday with the support of Republican Sens. Susan Collins and Lisa Murkowski. The legislation, which was introduced in both the Senate and the House, seeks to repeal the Global Gag Rule once and for all.

Sen. Shaheen has alleged that Trump's expanded Global Gag Rule limits the care foreign organizations can offer, which in turn compromises not only the health of women around the world but the health of their families as well. She has called the policy "ill-conceived and disastrous."

"This shameful and dangerous policy undercuts the efforts of international organizations that deliver comprehensive health care to our most vulnerable populations, including services that reduce maternal deaths and abortions, provide HIV treatment and combat Zika," Sen. Shaheen said.

The Global HER Act seeks to end the decades of tug-of-war presidents have played with women's global health care by permanently repealing the Global Gag Rule. Under the Global HER Act, eligible foreign NGOs would be able to counsel, refer, and provide legal and safe abortion services with the help of non-U.S. funds while also operating other non-abortion related health programs that are supported by U.S. funding. The legislation seeks to expand women and families' access to health programs around the world by guaranteeing that such international organization won't be forced to sacrifice their health care services or free speech rights in exchange for U.S. aid.

Previous versions of the Global Gag Rule have already been shown to have devastating consequences, including increased abortion rates, decreased access to HIV/AIDS services, and diminished health care in poorer countries. But activists and international health care workers have warned that the Trump administration's expanded policy is having an even more disastrous effect, forcing organizations to cut vital health programs and services or close clinics outright. That's why legislators like Shaheen, Lowey, Collins, and Murkowski are calling for its permanent repeal.

"By reversing this global gag rule, we’re removing eligibility restrictions that could unintentionally restrict access to vital, often life-saving services," Sen. Murkowski said in a statement. "We owe it to women around the world to make access to care a priority."