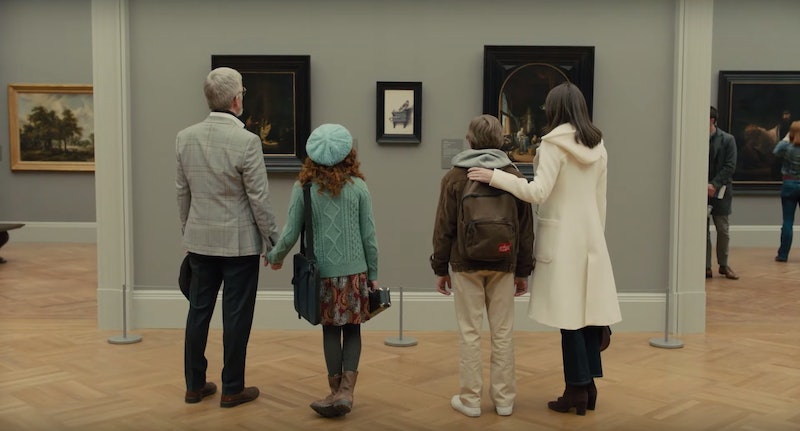 The film adaptation of Donna Tartt's novel The Goldfinch comes to theaters on Sept. 13, chronicling the journey of Theo (Ansel Elgort), a young man whose life is irreparably changed after his mother dies in a terrorist bombing at an art museum. In the panicked aftermath, Theo takes a painting that was on display: The Goldfinch. For Theo, this painting becomes a sordid connection to his past, and while it serves mostly as a symbol, The Goldfinch is actually a real painting, and the story of the artist who created it is perhaps as tragic as Theo's.

The novel follows Theo's life, which takes some decidedly sad turns following the bombing. Throughout the course of the story, The Goldfinch painting goes from being a connection to his mother to something like an albatross around Theo's neck, and his guilt over having taken it drives him and his childhood friend Boris (Aneurin Barnard) to exploit some less-than-savory underworld connections. This ultimately drives them both into a conflict with some shady art dealers with dramatic consequences. Theo contemplates the twists and turns his life has taken as a result of the bombing, all of which happen to be connected to some kind of tragedy.

That connection to tragedy is also present in the story of the painting's Dutch artist, Carel Fabritius. Born in 1622, Fabritius studied art under Rembrandt and became an influential artist in his own right. The Guardian explored Fabritius' death, which came in what could arguably be viewed as a parallel for the novel's inciting incident: At 32 years old, Fabritius died in an explosion after a 90,000 pound cache of gunpowder was carelessly set aflame in Delft in the Netherlands, where he lived.

The aftermath of the explosion that killed Fabritius and over a hundred others served as inspiration for another painting: Egbert van der Poel’s A View of Delft After the Explosion of 1654. Eventually, Fabritius would be recognized by the art world as an influence on other Dutch painters, including Johannes Vermeer and Pieter de Hooch. The Goldfinch was one of Fabritius' more prominent pieces, as it displayed a strong divergence from Rembrandt's teachings, specifically in the way that Fabritius highlighted the goldfinch by using a light colored background, whereas Rembrandt often did the opposite, highlighting his brightly-colored subjects with darker backgrounds. It's currently housed in The Hague in the Netherlands.

The Goldfinch would go on to be but one factor in Fabritius' growing influence, one that lasted long enough to impact the author of the original novel, Tartt, who told The Chicago Tribune that she "had a strong emotional connection with the image from the very first [viewing]." She continued, "Fabritius himself is an interesting and tragic figure because he was a great and extremely influential figure in his own day ... but he died very young, and almost all his work was destroyed."

Speaking with TIME, John Crowley, the film's director, shared similar sentiments. "I think that this story is celebrating the joy and importance of passing something on culturally. If you are moved or touched by a great work of art, in some sense you have a responsibility to it — to pass it on." It's in this inspiration and influence of others that art finds life, which is something Tartt's The Goldfinch explores in depth, and it's something that the movie surely will as well.