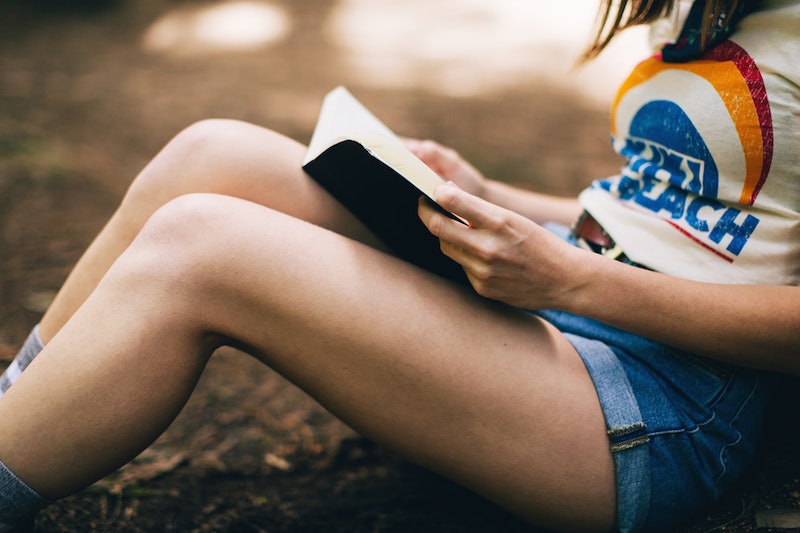 In the late 19th and early 20th centuries, literary authors wrote in pursuit of the Great American Novel: the unicorn of a book that would define the unilateral American experience. In the 21st century, many writers and readers still dream of happening upon such a creation, even though — and this really should be obvious by now — the "Great American Novel" is a sham that doesn't do justice to the breadth and greatness of American literature. Here's why.

When he first coined the phrase "Great American Novel" in the title of an 1868 essay, John De Forest probably didn't imagine that people would still be running down his dream 150 years later. Writing for The New York Times in 2015, Cheryl Strayed pointed out that most of us mistake De Forest's intention. She argues that, rather than a single, definitive book — a "picture of the ordinary emotions and manners of American existence" — De Forest's essay was intended to inspire "not one Great American Novel, but rather the development of a literary canon that accurately portrayed our complex national character." Can one book do that? I don't think so.

And yet most readers are still not progressive enough to see that. Readers chase after so-called universal appeal in entertainment media created by or about women, people of color, LGBTQIAP+ individuals, foreign-born persons, members of religious minority groups, and/or people with disabilities, even though there is no reason why readers would need such an appeal in the first place. As late as 2011, The Washington Post asked, "Do white people watch black movies?," playing into what Vulture calls "a rather odious stereotype in Hollywood: the idea that movies starring black people don’t appeal to broad audiences." This is why you hear people say asinine things, such as: "I'm OK with a character being gay, so long as it serves the plot," when no one ever questions whether straightness serves the plot; "I don't understand why they had to make Rue black," even though she obviously was; or "I guess no one can be a white male nowadays," because — ugh, I'm not even going to dignify that with a response.

Actually, yes, I am. See, back when everyone was chasing after the Great American Novel, white males were pretty much the only people in print. Sure, the book De Forest posed as a potential Great American Novel, Uncle Tom's Cabin, was about black characters, but was written by a white woman, Harriet Beecher Stowe. Phillis Wheatley, Harriet E. Wilson, and Harriet Jacobs were outliers, due to their race and gender.

As the canon of American literature developed, the people who occupied positions of power in universities, libraries, and publishing houses read books by and about people who were like them: white and male. I can assume that many of them figured that, because certain conditions were true for them, they must be true for everyone. This phenomenon still happens today.

Universality doesn't really exist, however. Every person occupies an intersection of privileges and marginalizations, and therefore moves through the world in a different way. Any attempt to reduce human experience to the "universal" will result in a distillation of privilege, a reduction of narrative down to what has been normalized in our language and society. What has been normalized in the U.S. is the upper-middle class, cisgender, heterosexual, white, able-bodied, American-born, Christian male: a category that, at the barest minimum, more than 69 percent of all Americans do not fall into.

So has there ever been a "Great American Novel"? If you're talking about the way De Forest's words have been interpreted — or misinterpreted — over the last 150 years, the answer is no. Many contemporary writers agree. Mohsin Hamid wrote in a 2013 New York Times article that says:

"The problem is in the phrase itself. “Great” and “Novel” are fine enough. But “the” is needlessly exclusionary, and “American” is unfortunately parochial. The whole, capitalized, seems to speak to a deep and abiding insecurity, perhaps a colonial legacy. How odd it would be to call Homer’s 'Iliad' or Rumi’s 'Masnavi' 'the Great Eastern Mediterranean Poem.'"

Similarly, in an essay featured in her collection No Time to Spare and republished on Lit Hub in December 2017, the late Ursula K. Le Guin put forth her belief that the pursuit of the Great American Novel amounted to nothing more than a pointless competition between men:

"The writer who sets out to write the great American novel must see himself as a free citizen of that province, competing on equal ground with other writers, living and dead, for a glittering prize, a unique honor. His career is a contest, a battle, with victory over other men as its goal. (He is unlikely to think much about women as competitors.) Only in this view of the writer as a fully privileged male, a warrior, literature as a tournament, greatness as the defeat of others, can the idea of 'the' great American novel exist."

None of this should be taken to mean that those books generally considered to be the Great American Novel — I'm talking here of Moby-Dick, The Adventures of Huckleberry Finn, The Great Gatsby, and Infinite Jest — are not great novels, or that they cannot be enjoyed by people from different backgrounds. I only mean to say that, when you're only looking at novels by upper-middle class, cisgender, heterosexual, white, able-bodied, American-born, Christian males, you're missing all the variance that makes America — and its literature — great.

So let's cut the pursuit of the Great American Novel and focus on what really matters: producing and promoting literature written by people at every intersection of the American experience.