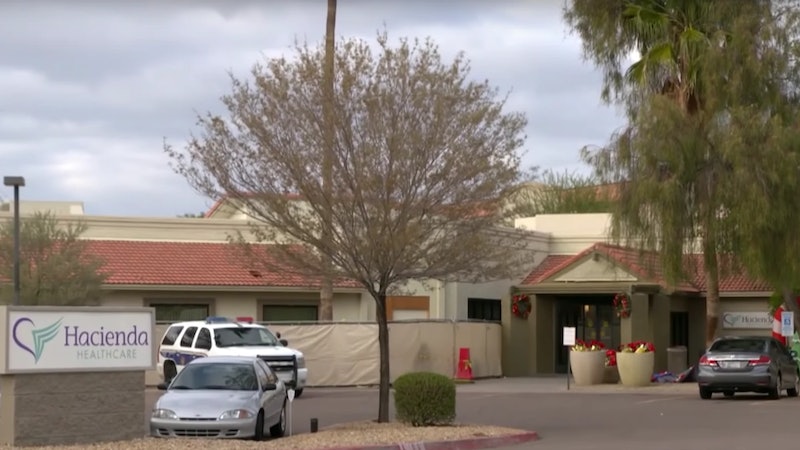 In January, a nurse at Hacienda HealthCare was arrested and charged with sexually assaulting a woman in an incapacitated state at the facility in 2018. Now, the Hacienda HealthCare case is leading Arizona to strengthen its disability protections, with Arizona Gov. Doug Ducey signing an executive order on Wednesday that implements several reforms to state agencies that work with individuals with disabilities.

The order collectively issues several directives to three agencies: The Arizona Department of Health Services (ADHS), the Department of Economic Security (DES) and the Arizona Health Care Cost Containment System (AHCCCS). The agencies are ordered to develop, in conjunction with disability advocates, abuse prevention training programs, and to require this training for all staff members, contractors and vendors at the agencies who come into contact with people with disabilities at their jobs.

In addition, the order requires additional background checks for employees who work with individuals with disabilities, mandates that signs with department-approved language for reporting abuse and neglect be posted prominently in relevant care facilities, and requires agencies to convene a working group to craft additional procedures for protecting people with disabilities from abuse.

Hacienda HealthCare came under a national spotlight at the end of 2018 when a 29-year-old indigenous woman at the facility unexpectedly gave birth. Court records say the woman is "incapacitated," "not alert" and "unable to make any decisions or give consent due to her disability."

On Jan. 23, a 36-year-old nurse at the facility was arrested on suspicion of raping the woman after authorities found that his DNA matched that of the newborn (who, according to the Huffington Post, is healthy). The suspect was charged with felony sexual assault and adult abuse, and has subsequently pleaded not guilty to both charges.

In the aftermath of the incident, the CEO of Hacienda HealthCare resigned, and AHCCCS requested that the facility bolster its security and conduct pregnancy tests of all female patients of childbearing age. Ducey has written a letter to Arizona Attorney General Mark Brnovich asking him to launch criminal proceedings and an investigation against Hacienda HealthCare, regarding not only to the woman who was sexually assaulted in the facility but also allegations of financial misconduct by the company.

“All Arizonans deserve to be safe — and we have a special responsibility to protect those with disabilities,” Ducey said in a statement. “This executive order provides increased accountability and stricter oversight, ensuring our most vulnerable are safe and protected. There’s more that needs to be done to ensure Arizona is guarding against abuse and neglect. We will continue working with all stakeholders to take additional action, and hold bad actors accountable, to guarantee the highest quality of care and protection for Arizonans with disabilities.”