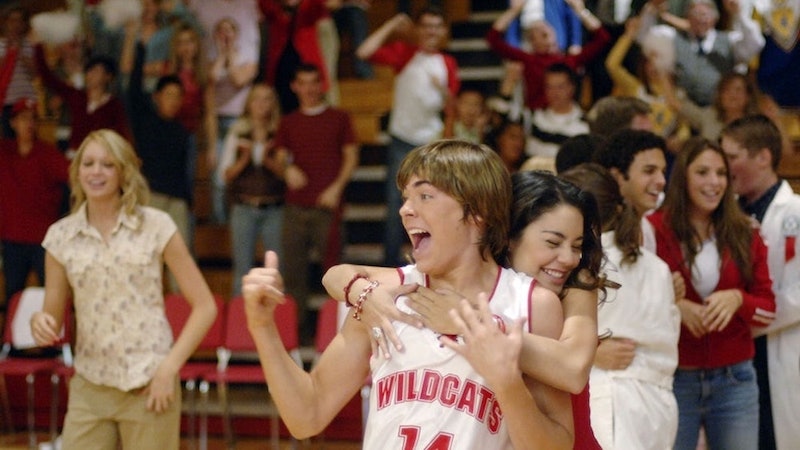 In an interview with Entertainment Weekly published on Nov. 8, he revealed that the mockumentary comedy series will pay homage to the original film franchise through specific callbacks to the Disney Channel classic. While he didn’t get into specifics of the cameo, Federle said the decision to blend the old with the comical new is rooted in his consideration for OG fans.

“Every episode should contain Easter eggs and callbacks and references to the original, whether it be with a wink to a prop that pops up on screen or a cameo from an original cast member,” Federle told EW. “Which I can confirm happens, I just can’t say who or when! But it’s a fresh start and brand-new cast, and I want to tell stories that went totally outside the High School Musical universe and engage people in a new way.”

If the series and its comically lengthy title sounds particularly wild, Federle is well aware. Nevertheless, the showrunner said he wanted to push the boundaries of scripted TV. Federle told EW, “There are so many scripted shows out there that I feel like anything to make you stand out from the pack and get people to look twice is not a terrible thing these days.”

He added that the idea for the new series came at the height of Netflix’s American Vandal, a true-crime mockumentary that explored high school pranks. "I wanted to differentiate us from the original [movies] right away," he told EW. "I knew that camera-style-wise, if I could borrow some of the elements from The Office... it would immediately announce it as not a copycat of the original, but a new way in. And the docu-style would allow me to revisit the original music but not feel like we’re doing direct karaoke covers.”