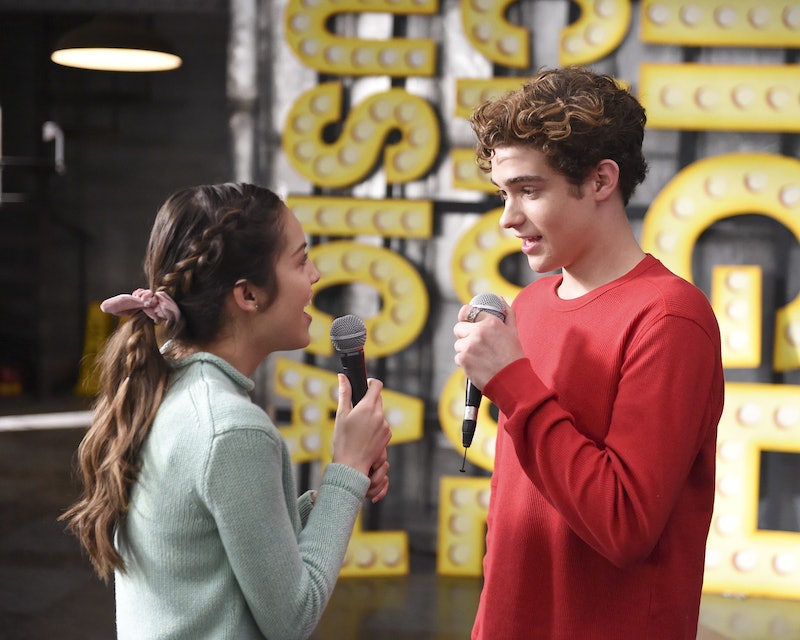 Disney+ had so much faith in its new High School Musical series that it renewed it before the first season had even premiered. Now that it has premiered, and to rave reviews (it has a 78 percent critics score and an 81 percent audience score on Rotten Tomatoes, for example), fans are even more excited for High School Musical: The Musical: The Series Season 2. Good thing it will likely be back before we know it.

Entertainment Tonight reported in early January that production on Season 2 will begin in Salt Lake City, Utah in a few weeks. That's on track with Season 1's production schedule which commenced in February 2019, wrapped in June 2019, and premiered in November 2019. By that measure, expect a similar fall 2020 release date for Season 2.

The cast can't wait to get back to shooting, mostly because they've missed each other so much since filming ended last summer. "I'm so excited to go back to Salt Lake. We've been texting and the whole cast, we're one big happy family," Olivia Rodrigo, who plays Nini told ET. "We get to go back to summer camp, essentially, and hang out with our best pals every day."

Aside from the physical act of getting to perform with their friends again, Rodrigo and her co-star Joshua Bassett (who plays Ricky) are excited about what new episodes will bring — especially because the Season 2 order was for 12 episodes, two more than Season 1 had. "I'm really excited to see further development of all the characters ... it's hard to fit all of that into 10 episodes, to really give everyone their moment," Bassett said. Rodrigo added that her own character arc will expand a lot as well. "Season 2, I think is going to bring a whole lot more drama," she said. "I think I'm going to grow a lot as an actor and as a musician."

There won't just be changes character wise, though. Season 2 will explore a whole new musical. And no, it won't be High School Musical 2, according to what creator Tim Federle told TV Line. "It's going to be a different musical," he said. "We're circling a title right now that I’m really excited about. It's definitely outside of the Troy and Gabriella world."

Welp. Seems like a real missed opportunity to take on classic HSM 2 songs like "Fabulous" and "Bet On It" and to call the season High School Musical 2: The Musical: The Series Too as freelance entertainment writer Leah Thomas suggested on Twitter. Pour one out.

But don't fret too much. Federle has already proved he could add original songs to a classic HSM production as he did in Season 1 with jams like "All I Want" and "Born To Be Brave," so he should be able to tackle a whole new production outside the HSM realm, too. "I'm a Broadway guy, and I have a language for taking original material and doing it in a new way," Federle told TV Line. "That's just how theater treats stuff ... it's fun to hear [songs] reimagined in new ways. It's also an opportunity to get a whole bunch of new songs out there."

As for what musical the characters will be putting on instead, Federle couldn't yet confirm. But he did promise TV Line that it would be "something that'll be escapist for people." So... are we sure he doesn't just want to do High School Musical 2?