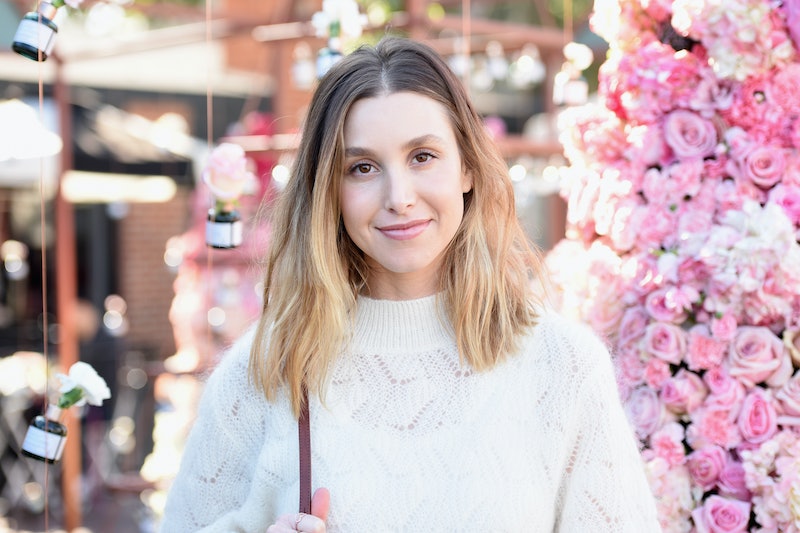 Whitney Port's latest inspiring message to fans came from a majorly difficult recent experience in her own life. On Tuesday, July 23, Port revealed that she had a miscarriage in an emotional Instagram post. She discussed it during an episode of her podcast With Whit, an excerpt of which she attached to her post.

Port began the caption to her tearful video, "This is really hard for me to write. Two weeks ago, I had a miscarriage. The amount of various emotions I felt in the past couple weeks have been extreme...from shock to sadness to relief, which then led to guilt for feeling that relief."

The Hills: New Beginnings star, who is mom to a nearly 2-year-old son Sonny Sanford, also expressed how juggling which feelings were "appropriate" for the situation was incredibly challenging:

"My identity has been shaken in regards to who as a mom and human being. I’m currently in the process of learning to accept that my feelings are valid no matter what they are. Whether or not people feel the same way as me or not. They are my personal emotions that are the result from my own journey."

The podcast host also shared why opening up about her story was valuable for her, urging her followers and fans to share their own experiences:

"The video above is a glimpse into the story and coming to terms with how I feel. I welcome anyone to share their stories or feelings. I want my platform to be an open place where we can share difficult conversations. To see more of this video click the link in my bio. and to hear the full conversation visit my podcast #WITHWHIT."

Port's husband since 2015, former The City producer Tim Rosenman, also participated in a longer version of the conversation on Port's official YouTube page. In the episode, the couple discusses the complexity of their feelings in the wake of Port's miscarriage. He interviewed his spouse, where she revealed that she'd stopped taking birth control prior to news of her pregnancy, which they began to tell close family and friends.

About six weeks into Port's second pregnancy, she said it felt different than her previous experience. One day, she said she "woke up and I saw blood on my underpants," but gathered that it was normal pregnancy spotting. In the days that followed, the pair learned via ultrasound that it was "not a viable pregnancy."

Per People, Rosenbaum also reflected on his thoughts about the couple's loss. "I shed some tears but we moved on … then I stopped myself and I'm like, 'Well, if a baby died, you would be heartbroken for the rest of your life,'" Rosenbaum shared. "'So what's the difference between this and a baby?' And I started having all these existential thoughts in my head about when life begins and when it doesn’t."

For now, it seems that the couple is opening about about Port's miscarriage in the hopes that others will find a sense of community in sharing their own stories.