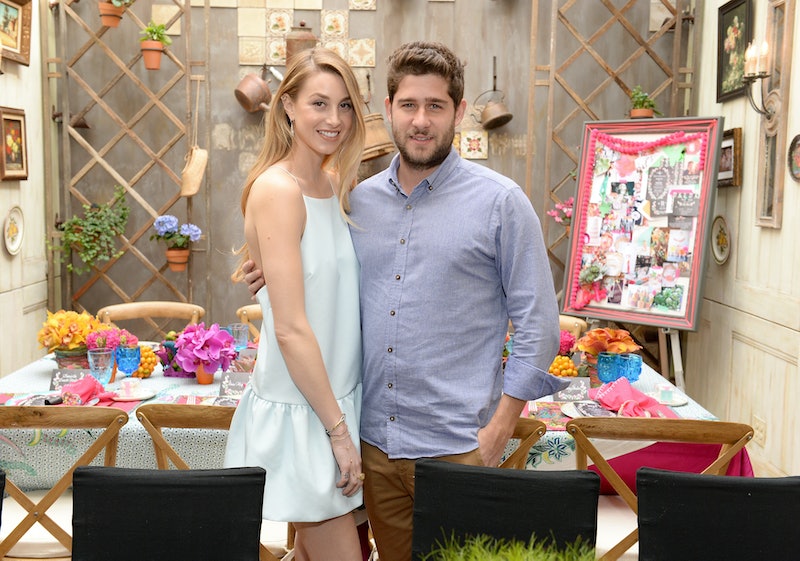 Update 1, Oct. 19: Us Weekly reports that according to their sources, Whitney Port is not yet married, but was posting a photo of her hair and makeup trial, which she wore to her "bridal shower festivities."

Earlier: The Hills and The City television alum Whitney Port is now a married lady! Port shared a photo of herself in her wedding gown on Instagram on Sunday, announcing via caption that she was now "Mrs. Rosenman." Awww! Whitney Port's wedding to her now-husband Tim Rosenman comes only a few weeks after her fabulous bachelorette party in Cabo San Lucas, Mexico, which she openly documented via social media. The wedding photo is sweet and congratulations are in order and all that, but just who is her new husband?

Back in 2011, she was first rumored to be dating Tim Rosenman, who was an associate producer on her show, The City. A mere two years later in November 2013 Port and Rosenman both announced that they were engaged to be married!

Port admits that she was the one who made the first move. In April of this year, she told The Daily Mail , "I definitely made the first move... I got his phone number and made up some excuse why I needed to reach him for something... Because of our jobs — because I was the talent and he was the producer — he wasn't going to cross that line. It had to be me, you know."

Read on to get to know Rosenman a bit better.

He Works As A TV Producer

Port and Rosenman met while he was an associate producer on The City and only started dating after the show was finished. Rosenman's IMDb also lists producer credits on shows such as The X Factor and 100 Greatest Songs of the '80s.

This is a sign of true love here, folks.

His Older Sister Is In Fashion

Like Port, Rosenman's sister is in the fashion industry. Hilary Koyfman is the founder of shoe company Madison Harding. She was also at Port's epic Mexico bachelorette party.

He Is An NYC Native

A source revealed to Us after their 2013 engagement, "She is super comfortable with him and in love... She likes that he is from New York because he is such a great tour guide when they visit the city." His sister is also friends with a few NYC socialites, like Charlotte Ronson, and all went to private schools together.

Guess it isn't always bad to mix a little business and pleasure, eh? These two are a match made in perfectly curated heaven.