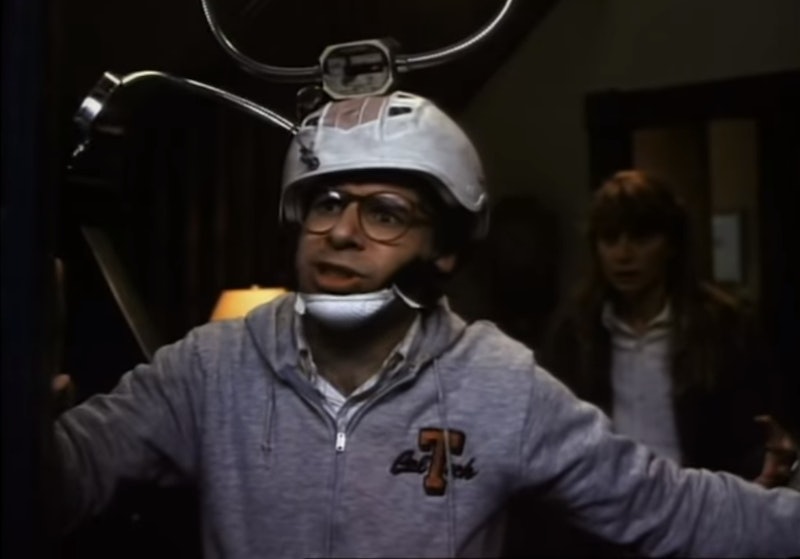 Hollywood's appetite for remaking movies is showing no signs of slowing down, as evidenced by Variety's recent report that Disney is in the early stages of rebooting Honey, I Shrunk the Kids with the original director. Joe Johnston, who most recently helmed Captain America: The First Avenger, is reportedly in talks to direct a modern day followup of the original film starring Josh Gad. The movie isn't a straight remake, though, it's more of a sequel with Gad stepping in to play the son of scientist Wayne Szalinski.

The original Honey, I Shrunk the Kids was released in 1989, and became a surprise hit for Disney taking in more than 222 million worldwide. It went on to spawn two sequels: Honey, I Blew Up the Kid in 1992, and Honey, We Shrunk Ourselves in 1997. Johnston didn't direct either of those, but he continued to make special effects heavy movies for kids, including Jumanji and The Rocketeer.

Johnston hasn't slowed down since the '90s, either. He's continued his working relationship with Disney as the director of Captain America: The First Avenger, and as a co-director on The Nutcracker and the Four Realms. Prior to making kids terrified to go in their backyards with Honey, I Shrunk the Kids, the director honed his skills as a special effects artist on the original Star Wars trilogy. Bustle has reached out to Johnston's reps for comment on reports of his potential involvement in the Honey, I Shrunk The Kids reboot.

Gad, whose involvement in the reboot was first reported in May, also has strong ties to Disney, thanks to his role voicing Olaf in Frozen and Frozen II. In fact, the idea for the reboot came from the actor, according to Variety. That suggests Gad is a fan of the original movie, which could bode well for '90s (and '80s) kids who grew up watching the beloved '89 film.

The new movie, which is currently being called Shrunk, will reportedly star Gad as Wayne's eldest son Nick, who ended up on the receiving end of his dad's experiment in the first movie, alongside his big sister, Amy. History is going to repeat itself in the reboot with Nick accidentally shrinking his own kids. Since Nick already got tied up in his dad's mad scientist experiment, it's surprising that he would repeat the mistake with his own kids. But, hey, maybe inadvertently shrinking your kids just runs in the family.

If Nick's clumsiness with his shrink ray leads to a sequel that's on par with the first movie — and with the original director potentially on board, it very well could — '90s kids will no doubt be happy to show up for Shrunk.