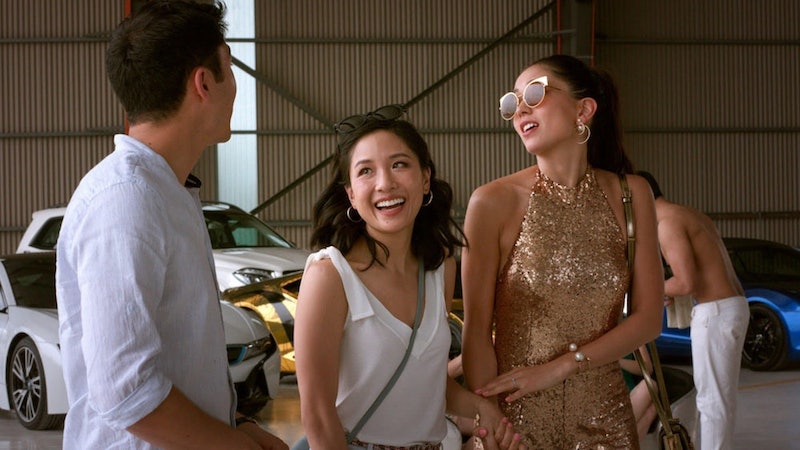 Fresh off the success of the Jon M. Chu-directed blockbuster hit, HBO Max has ordered a Crazy Rich Asians-inspired docuseries about, well, crazy rich Asians. The streaming service, set to launch sometime in spring 2020, has ordered eight episodes of The Ho’s (a working title), a docuseries that will follow the lavish, opulent lives of the Ho family in Houston, Texas and the “tight family connections that unite them,” as per various reports. Set to consist of half hour episodes, The Ho’s will weave the opulent narrative of a multi-generational Vietnamese family that has built a multi-million dollar empire at the height of the American Dream.

The series will be led by patriarch Binh Ho and his wife Hue Ho, two immigrants from Vietnam who’ve built a multi-million bank and a real estate development company. Along with Binh and Hue, The Ho’s will follow the couple’s adult children Judy and Washington, and the pressures they face in order to live up to their parents’ expectations. Other supporting characters include Lesley, Washington’s wife and an independent mother of two, Aunt Tina, an offbeat relative with purple streaks in her hair, and Cousin Sammy, a young adult who lives in the moment and should “probably have her life a little more together,” as per Deadline.

Thus, The Ho’s will explore the multi-generational drama that inevitably ensues. Despite the drama, however, the series is rooted in “love, laughter, and a few designer handbags, of course,” as per HBO Max. The Ho’s will be executive produced by Katy Wallin and Stephanie Bloch Chambers.

Jennifer O’Connell, executive vice president of original non-fiction and kids programming at HBO Max, said of the docuseries in a statement, “Rarely do you come across a family that is so rich in so many ways – not just in wealth, but in heart, traditions and love for each other. There’s great pride in being a Ho and they are ready to give the world a seat at their luxurious table.”

The Ho’s isn’t the first series to capitalize on Crazy Rich Asians' success. In September 2018, The Hollywood Reporter reported that a Crazy Rich Asians-inspired TV show was in the works at ABC. Pitched with the title Lazy Rich Asians, the single-camera project would revolve around a first generation Chinese-American woman as she struggles to “set healthy boundaries with her crazy, exhausting family.”

The announcement came on the heels of Crazy Rich Asians’ massive box-office summer success. The 2018 film — the first with an all-Asian cast in a major Hollywood film since 1993’s The Joy Luck Club — grossed more than $165 million worldwide and served as the highest-grossing rom-com in a decade. The film has since propelled its stars into the mainstream. Henry Golding, a newcomer to Hollywood at the time, has since nabbed leading roles in A Simple Favor, the upcoming Last Christmas, and more. Awkwafina, a rapper and actor, will soon star in her own Comedy Central show Awkwafina is Nora from Queens.

Between Lazy Rich Asians and The Ho's, it appears to be a good time for crazy opulent Asian content.

More like this
Here’s Everything Coming To & Leaving Netflix In February
By Jake Viswanath
At 28, Rosie Perez Risked Her Career To Stop Playing Stereotypes
By Gabrielle Bondi
Pamela Anderson’s Dating & Marriage History Could Be Its Own TV Series
By Jake Viswanath
'Abbott Elementary' Fans Probably Missed This 'Parent Trap' Easter Egg
By Sam Ramsden
Get Even More From Bustle — Sign Up For The Newsletter
From hair trends to relationship advice, our daily newsletter has everything you need to sound like a person who’s on TikTok, even if you aren’t.