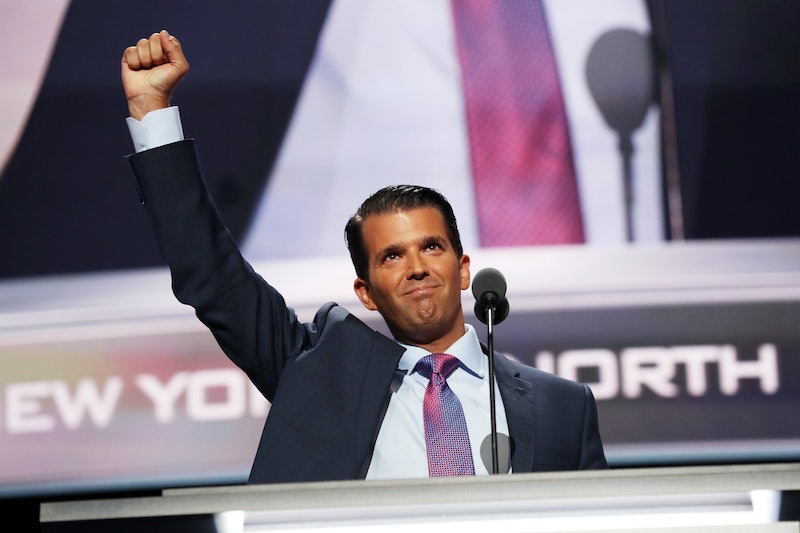 Democrats took over the House after last year's midterms, and since then, they've wasted little time pursuing their goals. Now, the House Judiciary Committee wants Donald Trump Jr.'s documents as part of a new investigation, chairman Rep. Jerry Nadler told ABC this weekend. The probe, however, hasn't been officially launched just yet.

"We are starting this investigation, we will — tomorrow we will be issuing document requests to over 60 different people and individuals from the White House, to the Department of Justice, Donald Trump Jr., Alan Weisselberg to begin investigations to present the case to the American people about obstruction of justice, corruption and abuse of power," Nadler said on ABC's This Week, according to a transcript from the segment.

President Donald Trump has repeatedly denied any wrongdoing. He did so again on Sunday.

"I am an innocent man being persecuted by some very bad, conflicted & corrupt people in a Witch Hunt that is illegal & should never have been allowed to start — And only because I won the Election!" Trump tweeted. "Despite this, great success!"

During his appearance on This Week, Nadler said the full list of people the committee is requesting documents from will be released on Monday, but he conceded that former White House chief of Staff John Kelly may be on it. He also added that "this investigation goes far beyond collusion," and pointed to "attacks on the freedom of the press, the press called the enemy of the people, we’ve seen attacks on the Department of Justice, attacks on the FBI, attacks on – on judges."

"We must give accountability to the American people, we must hold the administration’s feet to the fire, and we must show if there are abuses of power, if there are obstructions of justice, if there’s a threat to the rule of law, we must protect the rule of law so that the democracy that was handed down to us is just as intact after this president leaves as it was before he came in."

Trump Jr. has not yet publicly responded to Nadler's comments. (He did tweet about a separate segment on the same program.)

In discussing the new probe, Nadler underscored that any potential future impeachment was very far off in the future. "We do not now have the evidence all sorted out and everything to do — to do an impeachment," he said. "Before you impeach somebody, you have to persuade the American public that it ought to happen."

More details about the new House investigation will likely be revealed in the coming days and weeks, after the committee formally requests documents from the people and groups on its list. Until then, it is a wait and see.