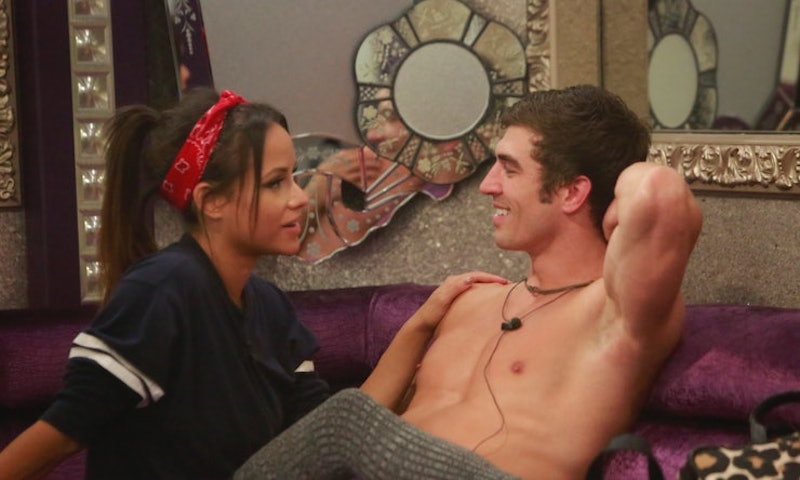 This season of Big Brother is just off the rails. Sure, it's great that there's never a dull moment, but wow, there is just so much to keep up with. During the Aug. 3 episode of Big Brother 19, the houseguests turned on Cody and Jessica, and it just really got out of control. There was so much screaming. So much animosity. It just felt a lot more personal than game play.

Many fans are even accusing the houseguests of being bullies to Cody and Jess. Paul told Josh to "turn it up to 30" in reference to the intensity of his annoying harassment. Raven and Jessica got into a screaming match. Alex called out Jessica for trying to get her on the block next week. Even Christmas chimed in asking Jessica if Cody was "worth $500,000."

It's not the first time that the Big Brother house has turned against a showmance, but this was something else. Even the Jessica and Cody haters have to admit that some of the antics went way too far with that kitchen blow-out.

Some people are blaming Paul for being a puppet master, but the other people seemed genuinely heated, had their own beef to contest, and acted of their own volition. So that's up for debate, but there are plenty of people talking about what went down.

Is Paul A Bully This Season?

There can be a case made for both sides, but either way, this is definitely a switch-up from last season.

Is The House Of Control?

Do They Need To Dial It Back?

It may be time to sit down and remember how old they are.

Was The Anger Justified?

It's going to be an interesting week ahead.

Are They All Paul's Puppets?

She did seem pretty angry in her own right, though...

Is It Time To Root For Jessica?

Is Jessica going from house target to the underdog worth rooting for?

The house is in chaos these days, that's for sure. The internet is popping off. The countdown until the next episode begins right now.