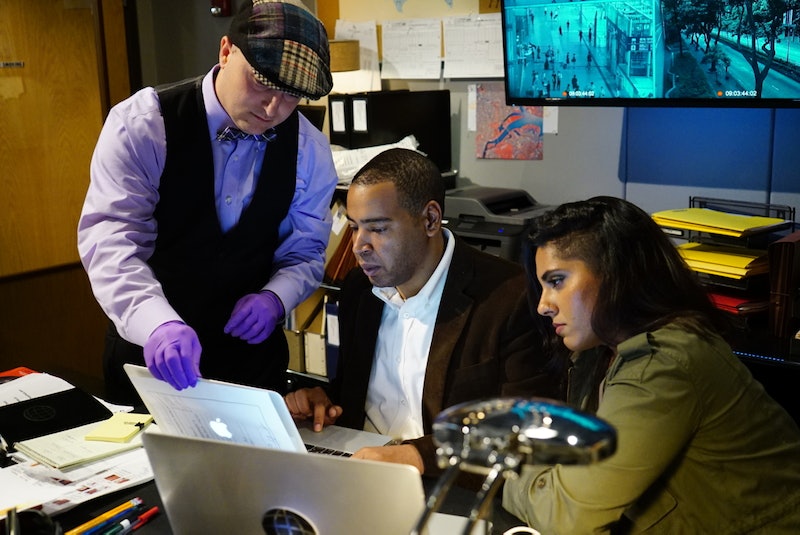 Get ready for a front-row seat to the most intense game ever. The new CBS series Hunted premieres on Sunday, Jan. 22 at 10 p.m. ET after coverage of the AFC Championship game, and the title of this new show should give you an idea of what you're in for. Hunted brings you a real-life manhunt as hunters in the field and investigators at the Command Center team up to try and find nine teams of two. So who are the Hunted experts up to the challenge of taking on this seemingly impossible task?

Well, they've got to be pretty skilled in the ways of intelligence and investigation, if you ask me, because these fugitives, as the show is referring to the contestants making a run for it, are going to do their best to go off the grid while the experts search for them within 100,000 square miles of the Southeastern United States. If they avoid getting caught for 28 days, there's big money in it for the teams. Each pair that evades capture will win a grand prize of $250,000.

But getting those coins is going to be easier said than done for the fugitives, thanks to the cast of experts that Hunted has assembled to hunt them down. Get to know these masters in the ways of intelligence below, and you'll soon realize that Hunted is definitely not a game for them.