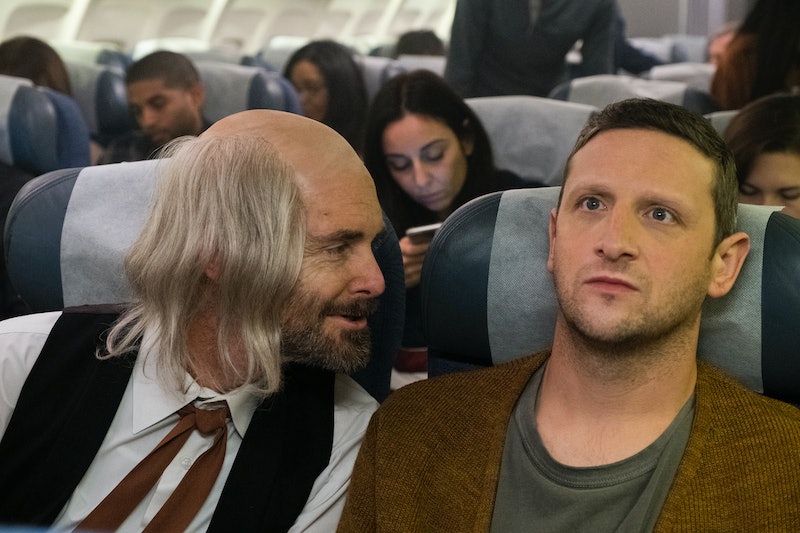 If you've been paying attention to comedy in the past few years, chances are you've seen Robinson before. After spending some time on Saturday Night Live as a featured player and then a staff writer, the comedian went on to write and act in an episode of Netflix's The Characters, co-create, produce, and star in the Comedy Central show Detroiters, and appear in the "Any Given Saturday Afternoon" episode of Documentary Now!

I Think You Should Leave will provide Robinson the opportunity to showcase the sketch comedy writing that jump-started his television career, and it appears he's bringing along his famous friends for the ride. Netflix has yet to release a full, official cast list, but here's a breakdown of just a few of the recognizable faces you can expect to see when I Think You Should Leave With Tim Robinson hits Netflix on April 23.

Sam Richardson, best known for playing Richard Splett in Veep, is a close collaborator of Robinson's. The two co-created and co-starred in the short-lived Comedy Central series Detroiters, and are now re-teaming for I Think You Should Leave.

Brooklyn Nine-Nine star and Lonely Island member Andy Samberg is serving as an executive producer on I Think You Should Leave, and can be seen in the show's trailer as a contestant on a nightmarish game show.

The former Last Man On Earth star appears in the show as a terrible airplane passenger wearing a Benjamin Franklin-style wig.

Robinson's former SNL co-star Cecily Strong appears to be playing the significant other of one of Robinson's many characters in the series, but knowing Strong's history of absurd characters, it's hard to imagine that everything is at it seems in their relationship.

Robinson is joined by yet another well-known comedy Tim, co-creator of the seminal sketch show Tim and Eric Awesome Show, Great Job! and star of recent blockbuster sensation Us, Tim Heidecker. Heidecker's character could be super weird, perfectly normal, or so excessively normal that it loops back around and ends up being weird.

Another former SNL co-star of Robinson's, Vanessa Bayer turns up on the series to celebrate Sunday Funday with some friends that don't seem to be having that much fun. Her character appears to be very subdued, but there may be something sinister lingering under the surface there.

Is there a television show that Steven Yeun won't guest star in? Let's hope not. After appearing on Youtube Red's Weird City and starring in his own episode of The Twilight Zone, Yeun pops up in I Think You Should Leave as a party guest who seems primed to utter the show's titular phrase.

After her scene-stealing performance in Hulu's Shrill and multiple appearances on The Tonight Show, Patti Harrison is continuing her streak with a guest-starring role on I Think You Should Leave, in which she appears to be none-too-happy with someone at her job.

I Think You Should Leave is only six episodes long, but it packs its short runtime to the brim with funny sketches and even funnier guest stars.