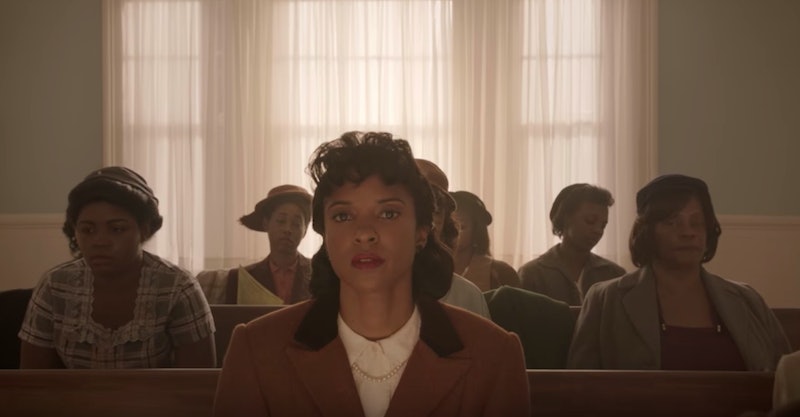 HBO's newest original film, The Immortal Life of Henrietta Lacks, explores the ethics of medical testing and the legacy of a family burdened by tragedy. In other words, it's a true story. Adapted from the book of the same name, The Immortal Life of Henrietta Lacks tells the true story of Deborah Lacks and reporter Rebecca Skloot, as they embark on a search to find out what happened to Henrietta Lacks, Deborah's mother who became the source of a great deal of modern medicine.

Deborah was just a toddler when her mother died of cancer in 1951. Little did she know that her mother's cells would be harvested at John Hopkins Hospital, where she was being treated. Cells from Lacks, dubbed HeLa, were studied by scientists and became the first immortal cells ever discovered (they continued to multiply and survive in the lab).

HeLa cells have been used in experiments and medical breakthroughs ever since. The only problem? The Lacks family had no idea this was happening until over 20 years after her death. And, by the time they did, the ethics and laws about medical tissue and research were so complicated and outdated there was little they could do about it. That's where Skloot came in. The science reporter contacted Deborah, and the two set out to research everything they could find about the HeLa cells, giving Skloot a look into the scientific discovery HeLa provided while giving Deborah a deeper connection to the mother she never knew.

Skloot published The Immortal Life of Henrietta Lacks, a book detailing her investigation, in 2010 and Oprah Winfrey's production company, Harpo Films, bought the rights that same year. For Winfrey, who produced the film and also stars as Deborah, it was imperative that Lacks' story be brought to audiences everywhere. "I live to tell stories that touch on what it means to be a black woman in the world," Winfrey said in an interview with The New York Times. "So I still feel it's a miracle that we know it was an African-American woman who contributed all this to the medical field."

Of course, as with any adaptation of a true story, The Immortal Life of Henrietta Lacks has caused a bit of friction, specifically within the Lacks family. And that's something Winfrey hopes will be healed by the film. "Unfortunately some members of the family are still being torn apart... by the burden of those cells," Winfrey said in an interview with NBC News. "It was actually one of the things that I cared about, was that the telling of the story would release the burden in a way that the feeling of the story would now bring a sense of not just attention, but a claim and formal acknowledgment so that everybody could be more at peace with it."

The Immortal Life of Henrietta Lacks is a true story, and as such its veracity will always be challenged. But it's a risk filmmakers need to take to ensure a story is told on the screen.