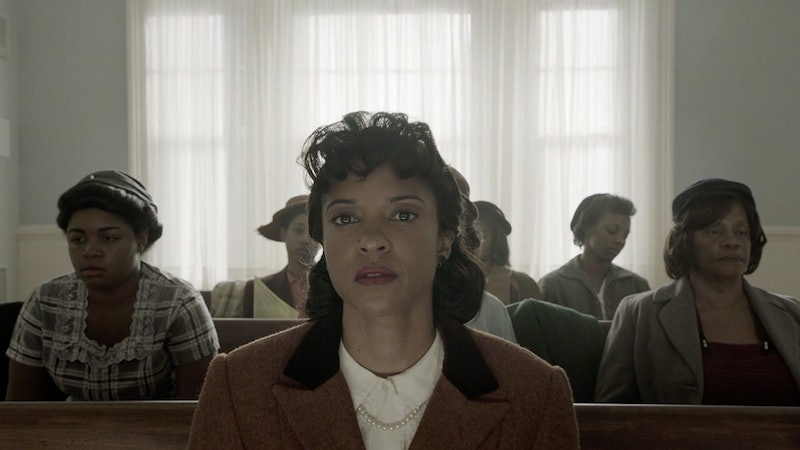 Science and family converge in the new trailer for HBO's The Immortal Life of Henrietta Lacks. Based on Rebecca Skloot's acclaimed non-fiction novel of the same name, the film chronicles the journey of Henrietta's daughter, Deborah Lacks, and Skloot as they uncover the legacy of Henrietta's immortal cell line, HeLa. Henrietta's cancerous cells were taken without her knowledge or consent in 1951, and have been used for decades to advance the treatments of cancer, AIDS, Polio, and other diseases.

The film stars Oprah Winfrey as Deborah, who never truly got the chance to know her mother before she died, and Renée Elise Goldsberry as Henrietta, whose life and illness will be shown in flashbacks. Watching the trailer, it's clear the film is committed to illustrating the powerful bond that exists between Deborah and Henrietta, even though Deborah lost her mother when she was just a child. Winfrey is magnificent at playing Deborah's commitment to finding justice in her mother's name. In one of the most moving scenes from the trailer, Winfrey's character says,

It is just one powerful moment in a sea of moments capturing the tragic and incredible life of Henrietta and the Lacks family. While the HeLa line from Henrietta was saving countless lives, her family had no idea her cells had been harvested. As a result, a woman who made some of history's most important contributions to modern medicine was given absolutely no credit.

The injustice of what was done to Henrietta and her family is heartbreaking, and it only seems right for the film to show the myriad reactions her family had to learning about the HeLa line. For Deborah, there is clearly pride in what her mother's cells did to help so many people, but for Henrietta's other family members, there is understandable rage at the system for taking something so personal from their family without recognition or compensation.

Sadly, the medical community took advantage of Henrietta as a poor, black woman. For Deborah and Skloot, telling Henrietta's story is a way of reclaiming her personhood. She was so much more than a gateway to life-saving scientific advancements, Henrietta was a woman who worked hard her entire short life. She had a family, a vital role in her community, and she left behind a legacy not only through her cells, but through her children.

The Immortal Life of Henrietta Lacks is a story about a family — one who lost their matriarch far too soon — and their journey toward reclaiming their history as their own. With Winfrey, Goldsberry, and Rose Byrne all on board to bring this riveting real-life story to the screen, viewers are in for an amazing film about one of history's unsung heroes.

The film premieres April 22 on HBO.