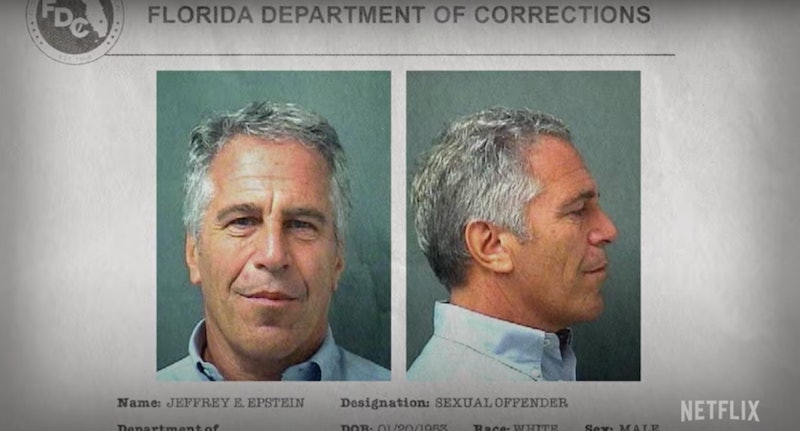 Trigger warning: This article contains references to sexual assault and harassment, as do many of its outbound links. Jeffrey Epstein's name is one shrouded in infamy. His money, connections, and alleged crimes were all brought to light in recent years, but his sudden death left the world with countless questions. In Netflix's new documentary, Jeffrey Epstein: Filthy Rich, filmmaker Lisa Bryant will attempt to answer some of those questions, and, as we can learn from the show's trailer, she will also give a voice to those who came forward with allegations against him.

The four-part series will be available to stream on Netflix and Netflix UK from May 27. From what we can see in the new trailer, it appears that we are can expect a no-holds-barred account of the Epstein case, meaning it will include references to the powerful individuals he was allegedly involved with. It will also spotlight earlier cases against the tycoon which were, shockingly, quashed. One individual in the trailer describes the Epstein affair as "one of the worst failures of the criminal justice system."

Although Epstein is now deceased, survivors of his alleged abuse are still seeking justice. This includes Virginia Giuffre, who, per the Independent, claims that she was forced to have sex with Prince Andrew, the Duke of York, on three separate occasions – allegations which he has categorically denied.

Filthy Rich will address these allegations and many more and is a must see for those interested in topics including the abuse of power and weaknesses within the justice system.

More like this
A New Netflix Doc Will Explore The Unsolved Murder Of Jill Dando
By Sam Ramsden
Eurovision Has Been Given A Whole New Look Ahead Of Its Liverpool Debut
By Bustle UK
Rupert Grint Just Shared A *Major* Update About Ron Weasley’s Future
By El Hunt
'Boiling Point's TV Sequel Is Set To Deliver A “Rollercoaster Of Emotions”
By Catharina Cheung and Sophie McEvoy
Get The Very Best Of Bustle/UK
Sign up for Bustle UK's twice-weekly newsletter, featuring the latest must-watch TV, moving personal stories, and expert advice on the hottest viral buys.