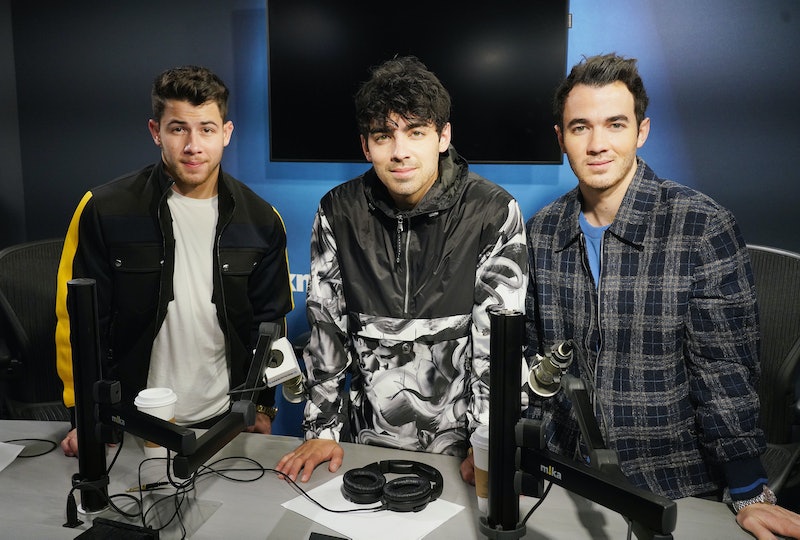 It's time to mark your calendars! The Jonas Brothers are set to return to SNL for their second appearance as musical guest and the news couldn't be more exciting for fans who are still reveling in their glorious return to the music scene. The upcoming episode, which the guys teased via Instagram, is set to air on May 11 and comes more than 10 years after their last appearance on the show as musical guests. The group last joined Saturday Night Live in February 2009 where they not only gave fans a performance of their songs "Tonight" and "Video Girl," but also showed off their acting chops, appearing in the show's "The Fourth Jonas" sketch.

Although it is immediately unclear what songs the guys plan to perform when they hit the SNL stage next month, fans can almost be certain that they'll be breaking into their two new singles which have been rising on the Billboard charts over the past couple of months. "Sucker," the band's first original release in nearly six years, debuted at No. 1 on the Billboard Hot 100 chart, while their second new hit "Cool" debuted at No. 27 during the week of April 20.

With two songs simultaneously heating up the charts, the JBs have all but proven that they're officially back to business and ready to win the hearts of fans all over again with their new music — and a possible tour to match. Speaking with Radio Disney earlier this month, the group confirmed that they'll "definitely tour this year at some point," according to E!. And although they were careful to not share too much, their upcoming SNL stint certainly feels like a good place to start.

E! also shared that while chatting with The Elvis Duran Show in March, the guys revealed that they have plenty of new material ready for release, which is certainly a tidbit that fans should get excited about.

"When we started to figure out what the sound was going to be like —balancing Nick's sound, DNCE's sound and, to be truthful, Kevin's bringing so much heart into this," Joe explained. "It's been incredible — his stories, his family and everything that he has going on now, it was really important to be able to blend the three and so, we have probably 30, 40 songs recorded that we can't wait to release."

As far as their older catalog is concerned, it seems that the trio is also looking forward to bringing back some of their fan favorites when they finally decide to hit the road for a tour. During a March 7 Carpool Karaoke segment on The Late Late Show With James Corden, Nick revealed that "Love Bug" was one song that he'd be "so excited to play" for a live concert audience again as brothers Joe and Kevin agreed. It seemingly didn't take long for the band to kick back into gear. The had their first concert back together — a surprise live performance at The Box Theater in NYC — on March 1, right after "Sucker" dropped on Feb. 28.

So there you have it folks — The Jonas Brothers are officially back, and with their latest SNL stint just weeks away, fans will get to see them perform once again.