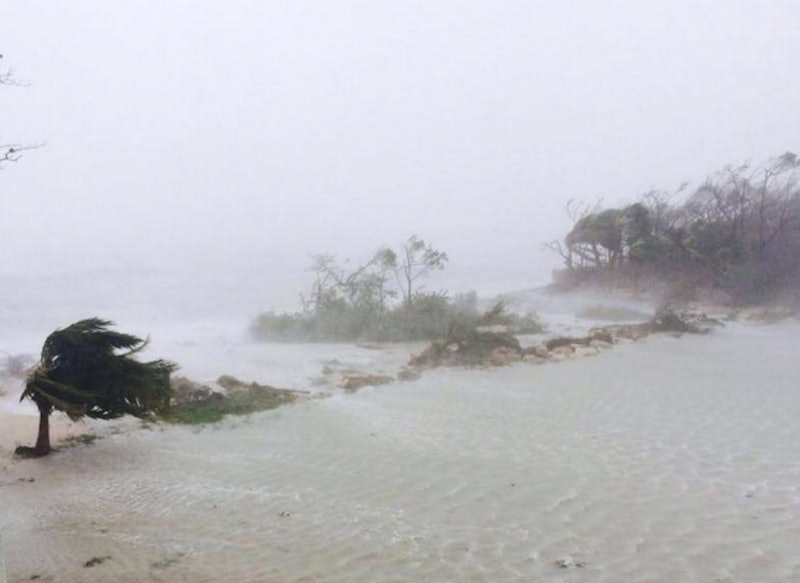 While thousands in Texas are still grappling with the chaos left in the wake of Hurricane Harvey, weather forecasters are predicting another hurricane spiraling over the Atlantic Ocean. It seems like the hurricane season is at its strongest as the latest hurricane Irma forecasts show that the hurricane might be headed to The Caribbean Islands. Initially, there were no alerts announced for Irma but as of Sunday evening, Antigua, Barbuda, Anguilla, St. Martin, and other parts of the Caribbean Islands are under hurricane alerts. According to The National Hurricane Center, Irma is likely to touch the region after Labor Day. In other words, the vicious hurricane is taking its time.

Hurricane Irma began forming on Thursday morning as a tropical storm but within a day, the storm evolved into a Category 2 hurricane and then intensified further to become a Category 3 hurricane carrying winds at 115 mph. What is even more concerning is that the hurricane hasn't shown any signs of slowing down as meteorologists expect it to gain even more speed and strength over the next two days. Different predictive models have projected varying scenarios over the next few days with several pointing to potential targets in the United States' East Coast and Gulf Coast.

According to the Atlantic Operations division of the National Hurricane Center, Hurricane Irma is expected to cause "dangerous" downpour in the Caribbean Islands. It also noted that while it was too early to declare alerts for American locals, those in the areas that already experience hurricanes — like Texas, Florida, and the Carolinas — should be prepared nonetheless. "Regardless, everyone in hurricane-prone areas should ensure that they have their hurricane plan in place, as we are now near the peak of the season," the center advised in a Twitter post.

The future trajectory for Hurricane Irma depends on its wind development. Depending on how strong the winds are and in which direction they blow, Irma can either touch the United States' East Coast and Gulf Coast or its winds could entirely change its pathway and lead it back to the ocean where it eventually calms down. Right now, however, meteorologists say it's too premature to say anything.

The best recourse for those in United States is to keep a close eye on the hurricane's development and whether or not local officials have declared a hurricane alert. Most importantly, like meteorologist Philip Klotzbach told USA Today, don't freak out. Just pay attention.

More like this
How To Help Those Affected By The Turkey-Syria Earthquake
By El Hunt
Here’s Where The NHS Nurses’ Strike Currently Stands
By Sophie McEvoy
Pret & Costa’s Coffee Is The Strongest On The High Street, According To Which?
By Sam Ramsden
This Is When Netflix Is Going To Start Charging You For Sharing Passwords
By Darshita Goyal
Get Even More From Bustle — Sign Up For The Newsletter
From hair trends to relationship advice, our daily newsletter has everything you need to sound like a person who’s on TikTok, even if you aren’t.