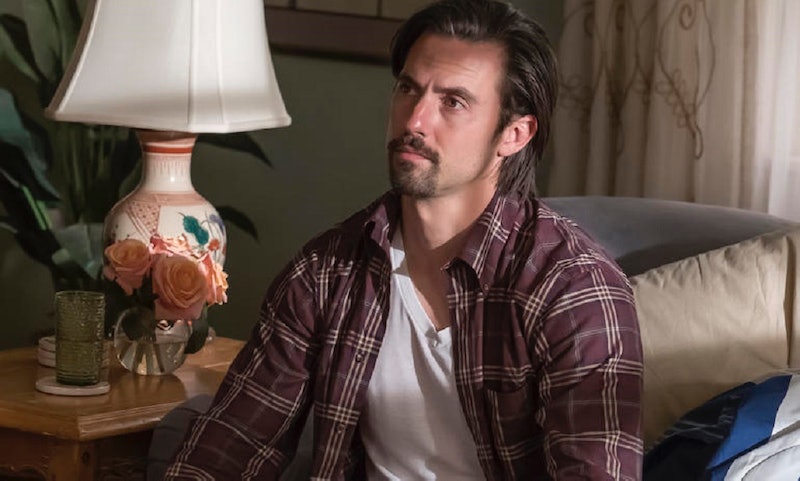 At this stage, it's a well-known fact that fans of the show are obsessed with finding out how Jack Pearson will die on This Is Us. Ever since the reveal, early in Season 1, that the Pearson patriarch is no longer with the family, fans have been rabidly concocting theories regarding Jack's death. And the latest theory, according to US Weekly, appears to suggest that Jack may have died in a real life tragedy on the show. Namely, people seem to think that Jack may have died on USAir Flight 427, which was traveling from Chicago to Pittsburgh (the Pearson family hometown). The flight tragically crashed in September 1994 while attempting to land at Pittsburgh International Airport. There were no survivors.

The idea appears to have stemmed from a prior theory suggesting that Jack died in the terrorist attacks on 9/11. A theory that has since been proven in the show to be impossible for the given timeline. Recent This Is Us episodes have shown that the Pearson children, who are now in their 30s, were teenagers when their Dad died, meaning that he must have passed away prior to 2001. And, as fans of the show will already be aware, there have been multiple clues that Jack may die in a plane crash throughout This Is Us.

For starters, there's the fact that both Kate and Kevin are absolutely terrified of flying. There's the time that we learned that Kevin also destroyed all of the model airplanes he built with his dad following his death. And there's the fact that Kevin mentioned how the explosion of the Challenger shuttle had stayed with him throughout his life during the pilot episode. That's something that would take on a whole new level of poignancy had Kevin lost his father in a tragic plane crash that he was perhaps traumatized by having watched on the news.

Considering that Kate told her boyfriend Toby that she blames herself for her father's death, it isn't too far fetched to assume that Jack could have been flying back to Pittsburgh on her request. Throughout the first season, after all, we've seen the sweet father-daughter relationship developing between the two. It's clear that Jack is the sort of father who would do absolutely anything for his daughter — including, possibly, abandoning an important business trip in order to return home to help his daughter in a moment of crisis.

Honestly, it's probably one of the more plausible theories concerning Jack's death out there at the moment. Not only do many of the clues and the timeline match up with much of what we've seen from the show, but the overwhelming tragedy of USAir Flight 427 also fits the heartbreaking, emotional scale of the show.

Though, let's be honest. It really doesn't matter how Jack dies, because we're all going to be absolute emotional wrecks when it happens, regardless of circumstance.