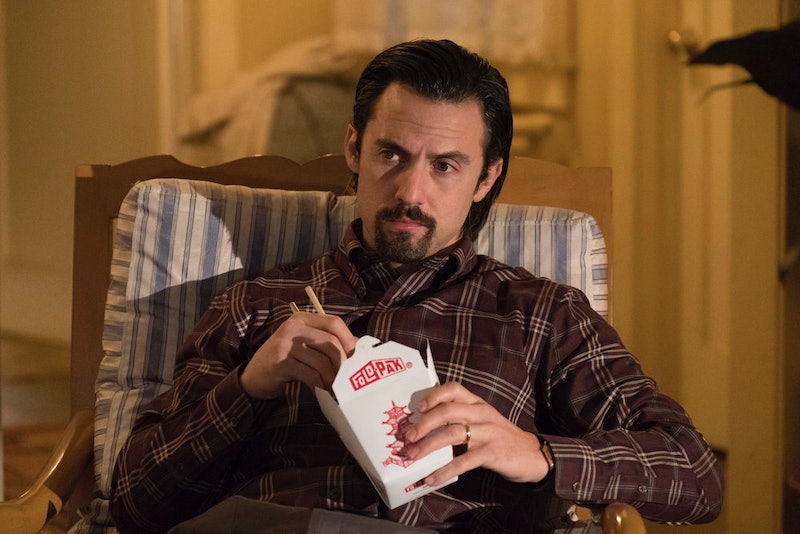 Although it's heartbreaking, the inevitable truth of the matter is that the beloved patriarch of the Pearson family is dead on This Is Us. The NBC series has been sparse when it comes to information about how Jack died on This Is Us, but fans of the show have taken and analyzed every nugget that they can get. However, even when piecing together what has been shown about Jack's passing, you won't find a definitive cause of death yet. As there are only two more episodes of Season 1 left, don't expect to see how Jack died before the first season of This Is Us is over, which means fans will just have to obsess over every detail that has been revealed about Jack's death until next season.

Thankfully, the NBC execs were incredibly generous when it came to This Is Us and renewed it for two more seasons, which means viewers are guaranteed to see how Milo Ventimiglia's character died at some point. Ventimiglia pretty much told Us Weekly that Jack's death won't occur before Season 1 ends and while that might be disappointing to curious fans, it's really not that surprising based on how the series has gone so far. Showrunner Dan Fogelman has not been giving a steady stream of information about anything and when he does do a reveal, he uses it to great (melo)dramatic effect. And something that is comforting about this whole sad ordeal is that whenever it is unveiled how Jack passed away, Ventimiglia will still be a part of the show since This Is Us plays with timelines.

Yet, even though reason may say you shouldn't be consumed by figuring out how this fictional character died, as This Is Us often proves, logic has no place when it comes to matters of the heart. So, in anticipation of the final two episodes of This Is Us Season 1 — and the drought of details that will follow — here's every definitive thing viewers know about Jack Pearson's death thus far.